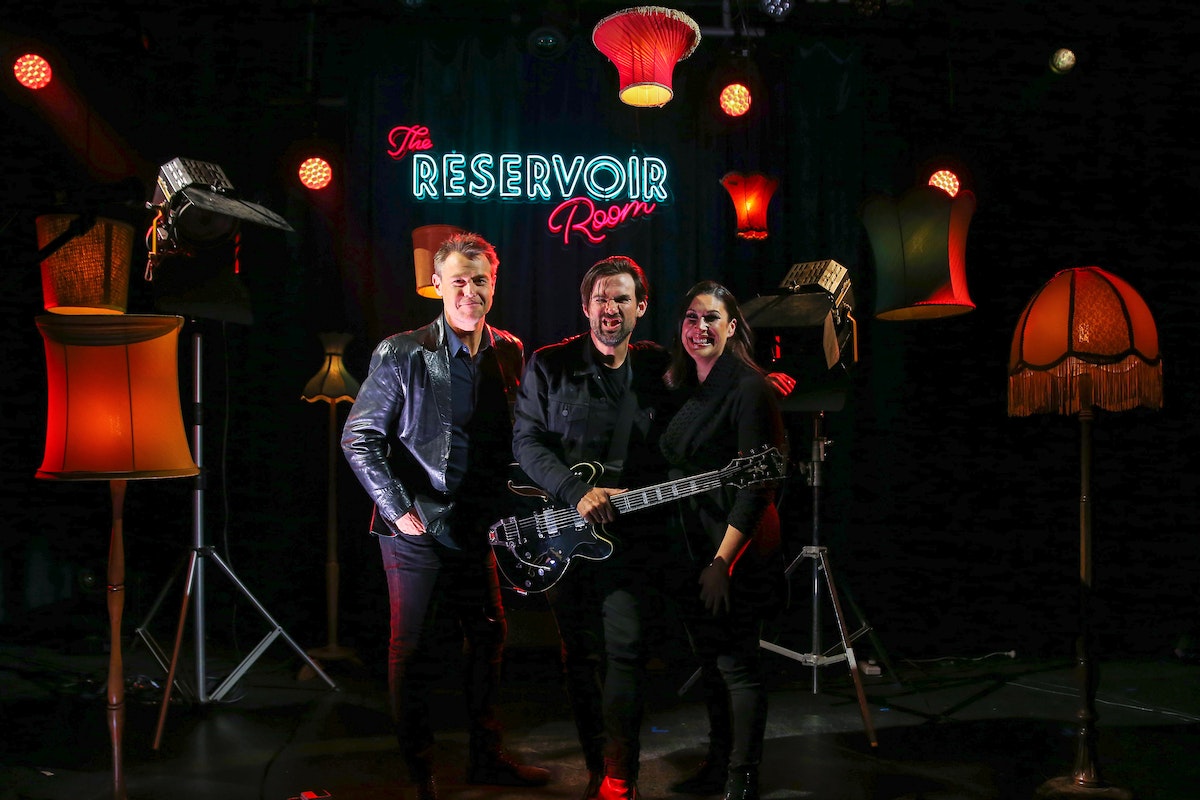 During the pandemic lockdown, an extraordinary group of talented, suddenly-available, theatrically-connected people pooled their many capabilities to create The Reservoir Room. It became home to a revamped suite of tonight, cabaret and concert shows, produced for commercial streaming.

Navigating uncharted waters, The Reservoir Room was a determined attempt to devise a viable, income-producing model when many old assumptions no longer applied.

Putting on a show

From the slightly less notorious end of Oxford St, The Reservoir Room broadcast live to the nation from subterranean TV studios, deep within Sydney’s Paddington Town Hall. Over a five-week season, a multitalented crew produced three live shows a weekend. A Friday-night, sweetly updated tonight-show was the marquee event for two subsequent spotlight sessions; a cabaret show later on Friday nights and a live concert on Saturday nights.

The hosting crew’s contemporary spin on the classic tonight show format proved there’s plenty of legs left in that old girl. In the glory days of terrestrial television, the tonight show format reigned supreme. With friendly familiarity, star guests predictably dropped by The Reservoir Room for an intimate catch-up; happily sprinkling little dollops of show business gossip. Spruiking their latest projects they drew audiences into their loops. Sadly in these times, they were invariably cancelled. And then, with the barest of suggestions, they were centre-stage, sharing a song for the new depression moment; and sometimes cross-promoting a later spotlight show.

Co-host Catherine Alcorn had long nursed ideas of reviving the old tonight show format, updated with a cabaret feel. The complete shut-down of the entertainment business during the COVID crisis meant that an extraordinary array of performing and production talent was unexpectedly available to help bring Alcorn's vision to life. But these were challenging times; nothing was the way it used to be.

Alcorn teamed-up with TV and film producer, Brian Cobb (Cobbstar Productions) to devise a model suitable for commercial streaming. The long maturing platform had come into its own during the pandemic. With access to a stable of very available talent, they co-opted theatrical agent David Smith to join their production team as co-producer. 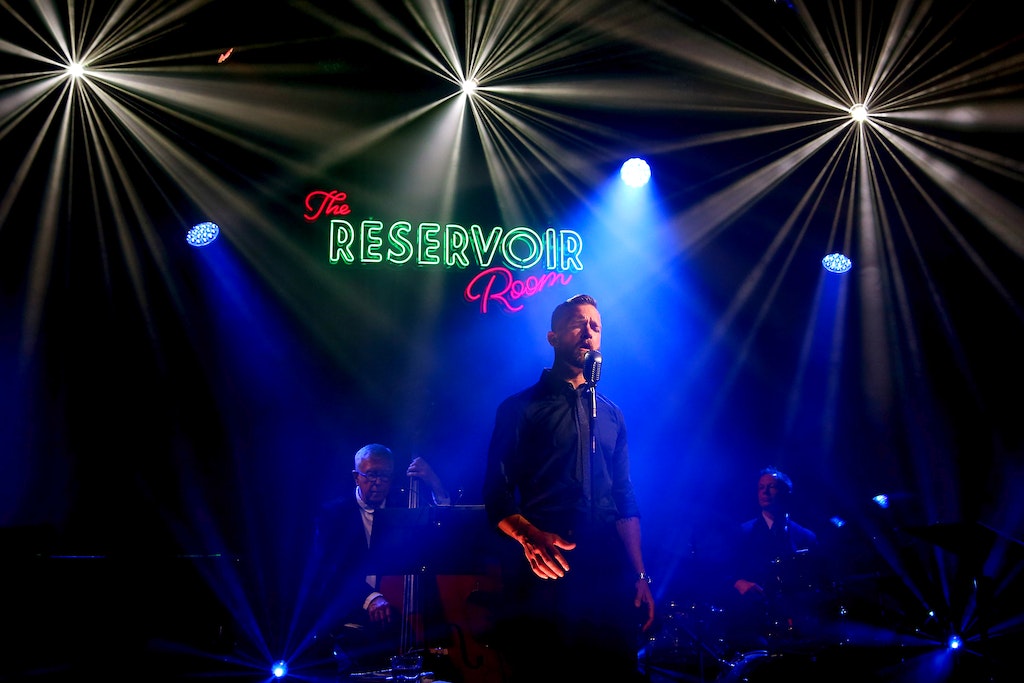 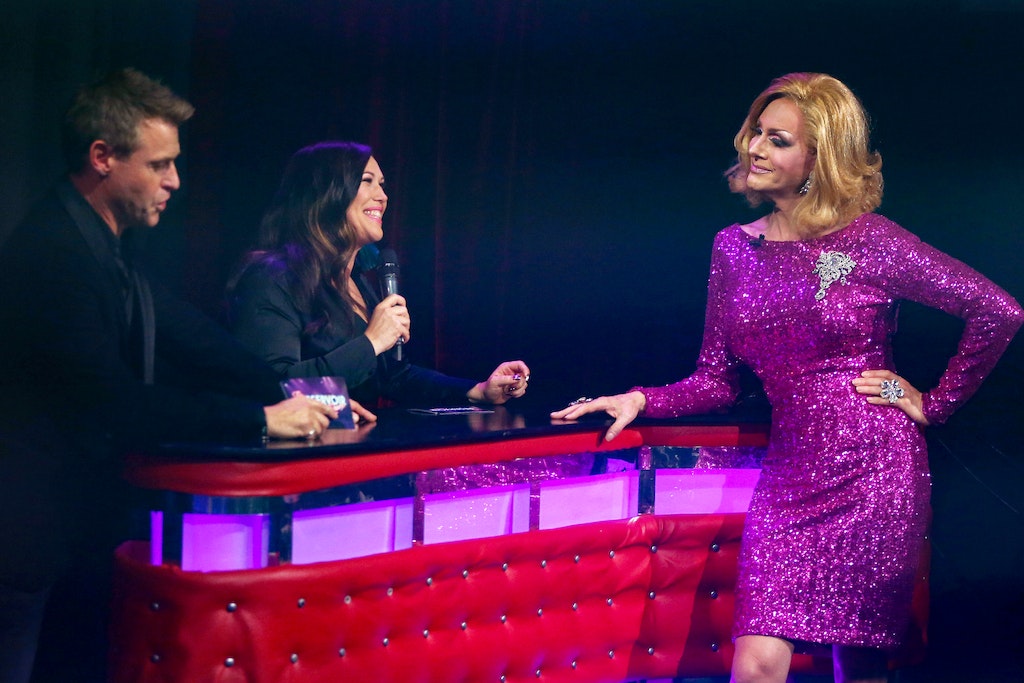 Doing it for ourselves

A month into the lockdown, the entire entertainment and performance industry, including film and television production, had ceased to exist. The possibilities of a viral pandemic had hovered for several months. When it did strike, its effects were instant and overwhelming. “We didn't think it was going to hit quite as quickly and as hard as it [did]” recalls co-producer Smith. “It was terrifying to be honest with you,... within a week, everything went. Everything disappeared”.

In the entertainment and performance worlds, performers build their careers on impermanence. For them, the economic consequences were catastrophic and complete. “It was heartbreaking”, said Smith, “ because all the kids [performers], when they're not acting, most of them work in hospitality. And everybody who's acting is basically on short term contracts."

Early in the lockdown, Smith understood that there would be no quick return to normal. Even if the sector recovered later in the year, there would be precious few new projects. “All the stuff that was half-way done would go through until the end of the year.” Significantly, normal would not look normal. Smith added ominously, “I don't think it [the industry] will ever return to the way it was for many, many years. I genuinely don't think so."

A grim outlook got a even grimmer when it became apparent that government economic assistance was bypassing the sector entirely. Smith says that “was when everybody started to realise that we had to do something for ourselves.” With incomes gone, the overarching need was to devise an economic model capable of reviving fortunes in a severely disrupted era. Co-producer Catherine Alcorn summarised their guiding dictum; “We live by the mandate that no one is working for free, and audiences will view for a fee.”

With the involvement of ticketing agency Ticketek—themselves suddenly bereft of events and shows to sell—the producers could implement a professional online sales strategy. The plan was to allocate 50% of any income raised to the artists. The balance was to pay technicians’ wages and cover additional production costs.

Getting off the sofa

From the start of the lockdown, performers–being performers—were recording their own shows for live streaming and posting. “People were doing a lot of stuff on the sofas,” said Smith, “and to start with, it was great fun.” But with minimal technical support and few income possibilities, there was only so far a sofa productions could go.

However, in a world of enforced change, minimal production values would not impede producing engaging content. Andrea Bocelli demonstrated that when, at the height of the pandemic in Milan, he live-streamed via Facebook, a concert from its Cathedral. His performance attracted 30 million viewers, with technical support limited to just ten people inside—including himself and the organist. The effectiveness of the concert relied entirely on his unembellished, essential talent. The impact was both raw and authentic, in a time where viewers were also adjusting their expectations. 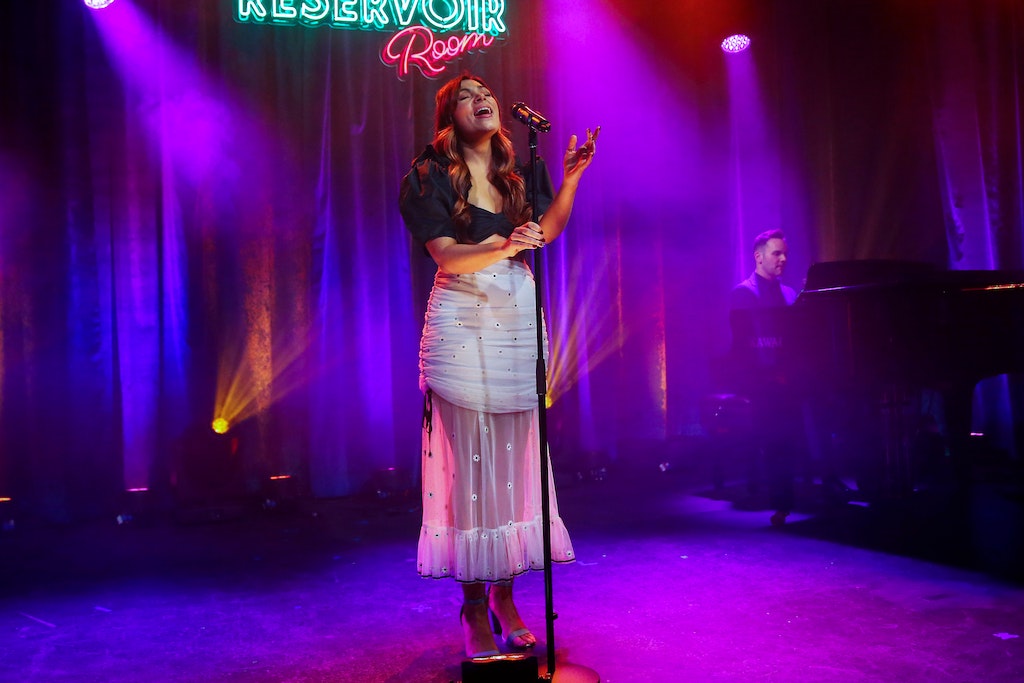 Singer/actress Erin Clare (9 to 5, American Psycho, We Will Rock You) 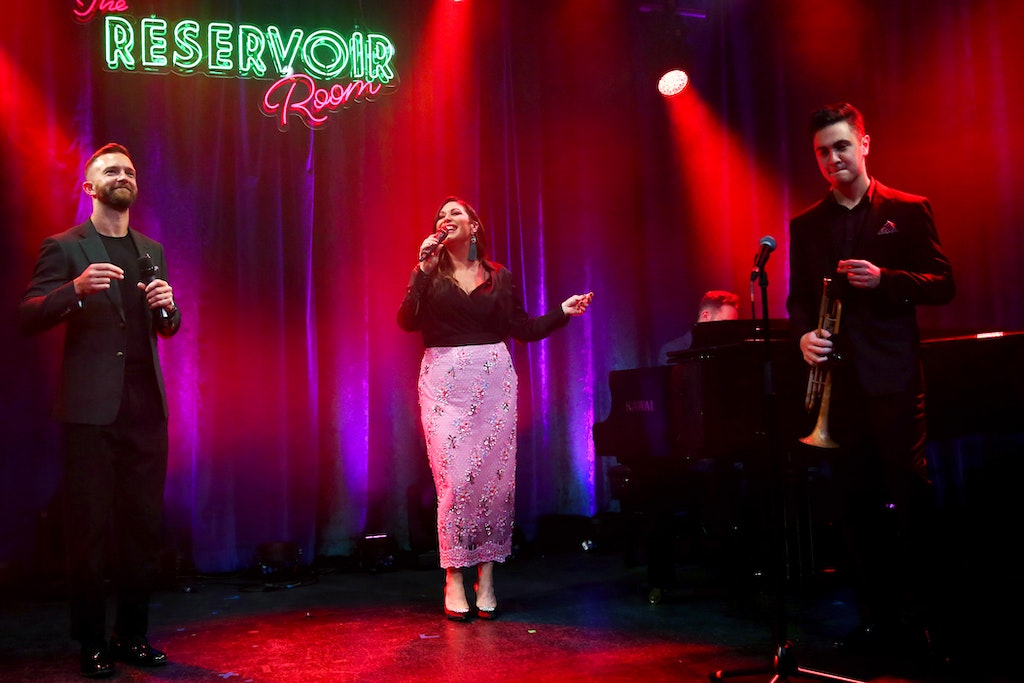 An existing proof of concept

Sadly, after five weeks, The Reservoir Room retreated back into the winter darkness from which it emerged. What now? Smith says, “It depends on whether or not we get interest from a terrestrial pick-up. There's a lot of enthusiasm to keep it going, but it's a lot of work for, at the moment, very little return…”

As the need for new types of programming and content intensifies, The Rainbow Room has already achieved proof of concept. Over the lockdown, audiences have voraciously depleted the existing store of new shows. As Smith points out, “We can't make any more content [in the traditional way]. And people, over the past three months, have seen all the content that they want... Netflix just can't keep filling it up.” While audiences seek new sources and forms of entertainment, clear that “people's view of available content has changed.” A vast front is opening up, hungry for new options.

Over the season, producers, performers and crew devised many ways to achieve different, but still satisfying outcomes. “There are plenty of opportunities that we've learned, taught ourselves and discovered during this time”, said Smith. “We don't have to go the route we always used to do. There are other ways.”

Sounding satisfied, Smith said, “It is genuinely exciting when you get it right... there is a sense of accomplishment because you're doing this with so many more restrictions... and it still works, and it looks good... And “when it works, you get it right,.. you can walk away and... think; actually, that was extraordinary.” 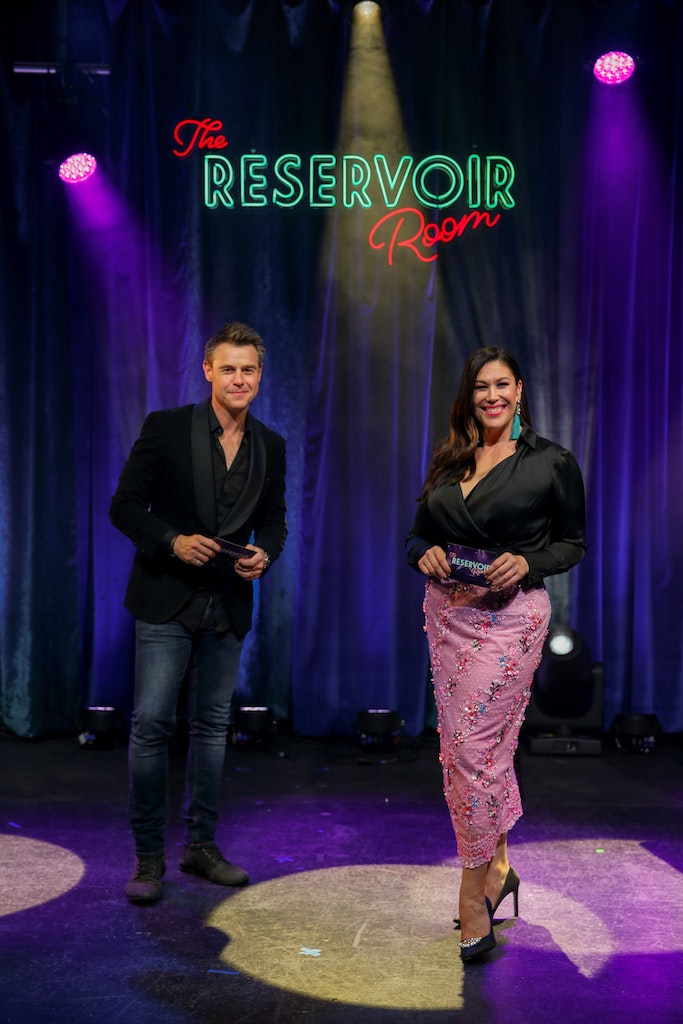