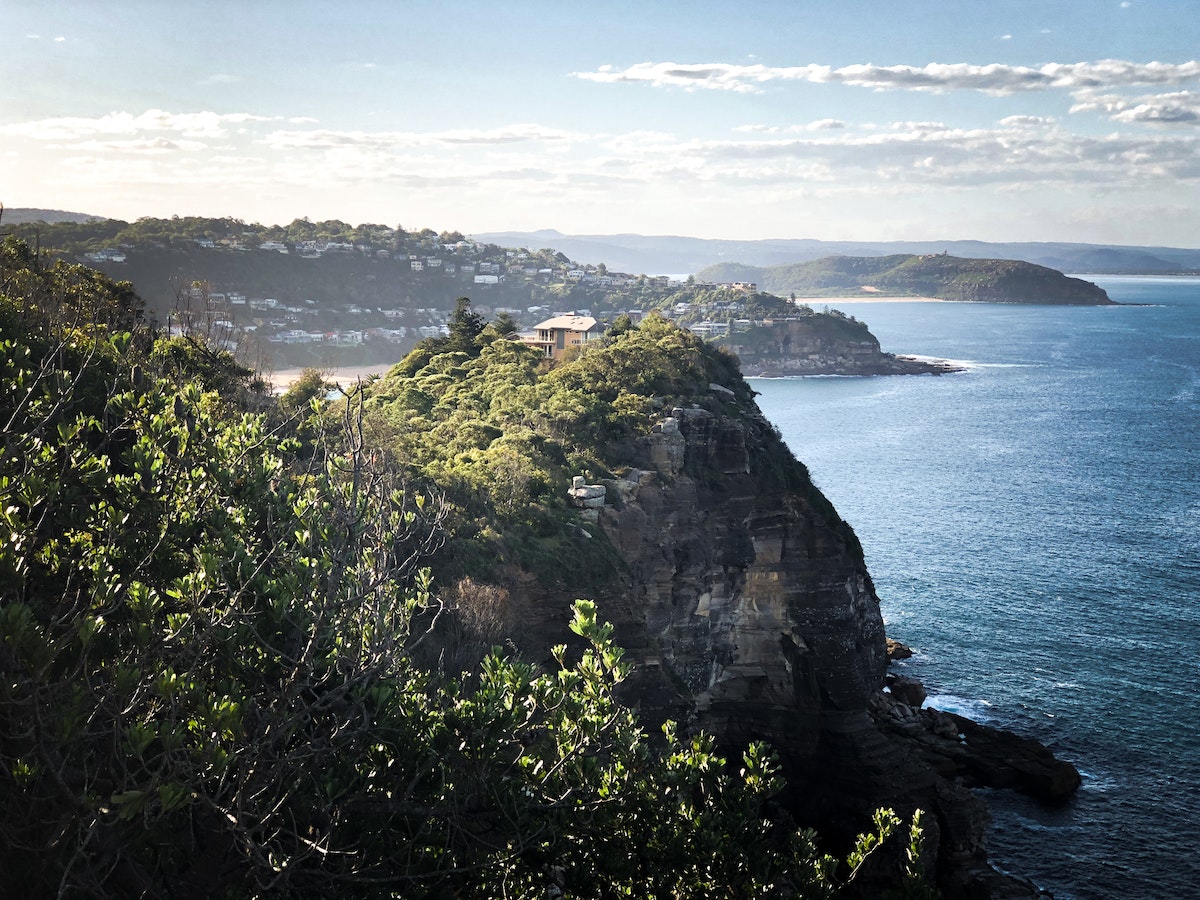 The television versions of Big Little Lies are set in Monterey, California. But the original setting for the book by Lianne Moriarty is a fictional town she called Pirriwee

It's a seemingly ideal but somewhat self-entitled, post-bohemian beach-side community. Even as an avatar of Pirriwee, Monterey is real. So, is there a real-world equivalent of Morriaty's fictional Pirriwee?

The place for a slow burn

The name Pirriwee approximates any number of indigenous-Australian sounding locations (and indeed roads) in and around Sydney while referring to none specifically. Annoyingly, the name sounds so familiar. Then again, it may just be a stand-in for an Australian “Springfield”—an Anytown.

Most interviews and reviews for the book hint at, but rarely confirm, a possible location. Soon after publication, in an interview with the blog site birchbox.com, Moriarty fessed-up to her communal muse.

“The physical features of the Pirriwee Peninsula were inspired by the beaches north of Sydney,” [a.k.a. The Barrenjoey Peninsula] said Moriarty, "an area where I lived a few years back... I wanted a small community because that gives you so much more scope for intrigue and conflict. I also wanted a beach-side café with second-hand books and good coffee... it’s a dream of mine for such a place to exist.”

Moriarty populates her fictional world with the recognisable locations and familiar situations she knew from across the Peninsula. She drew especially from her experiences as a school mum. Moriarty told birchbox.com, "I came quite late to motherhood, and as a result, I tend to look at the world of parenting with the wide eyes of a tourist... It was a brand new experience for me, and I wanted to write about this ordinary, extraordinary world... The main characters were not inspired by anyone in particular. I definitely steal little bits and pieces of people I know, but I never help myself to a whole personality...”

Moriarty’s Pirriwee hosts the slow and tortuous reveal of a seemingly perfect couple—Perry and Celeste Wright; used to cruising comfortably above the demands of insignificant first world problems. They are blessed with perfect teeth, are impeccably groomed, live in an enviable house, and are adoringly accessorised by a pair of moppet-haired designer twin-boys. What's not to admire?

But, in Pirriwee, too much perfection is too much to bear. In Big Little Lies, the illusion of their flawless existence falls away, revealing an ambiguously consensual saga of on-going and degrading spousal abuse. The parental dysfunction envelopes the designer twins, who with angelic mien, happily dispense their own demonic brand of dastardly deeds.

Silently and mysteriously, a vortex forms around the maladaptive family unit. It grows and spreads; sucking in the whole town. In a single act of untamed, collective vengeance the vortex spins out of control, resulting in an unregretted murder. With a moral ambiguity that matches the circumstances of the abuse, the perpetrators positively revel in the death. They are released and reaffirmed through their partnership in the crime.

In exposing the social mores of people who's lives are otherwise crowded out by the banality of plenty, Moriarty's story is as subversive as it is sardonic. 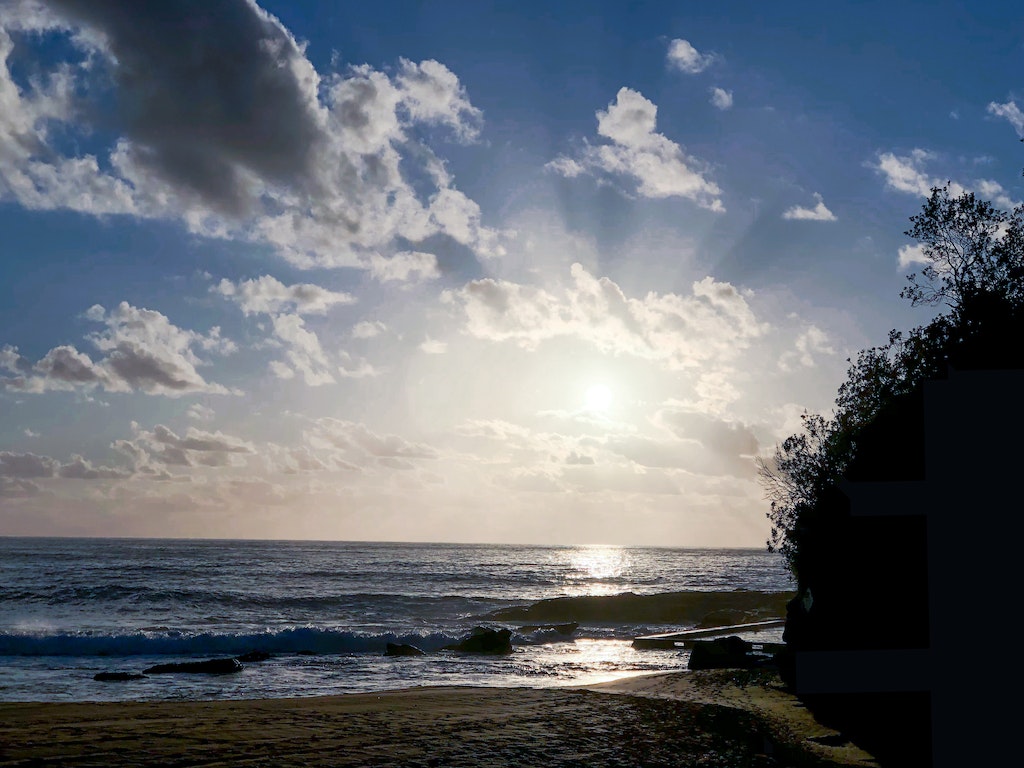 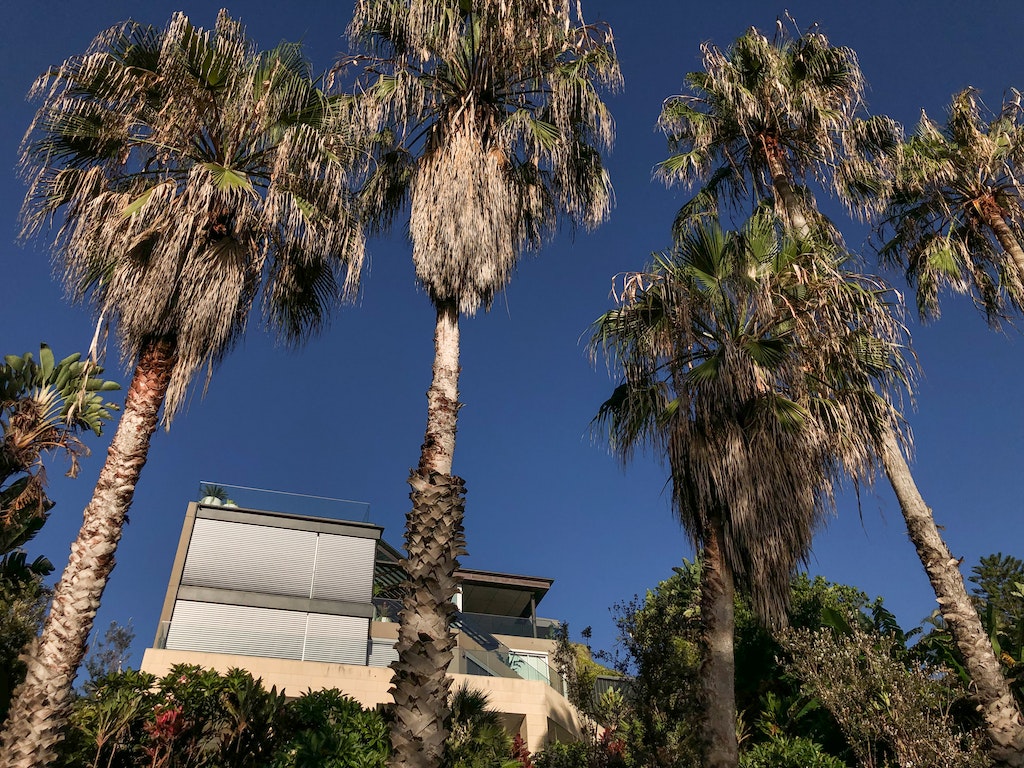 It’s tempting to wander around the Barrenjoey Peninsula imagining the lives and goings-on of those behind its tendered facades. It’s a rich environment in every sense of the word; one that clearly fired-up Morriaty’s fertile imagination.

It's early February, and the upper reaches of this real-life Pirriwee are strangely devoid of visible life. In the Southern Hemisphere, summer has passed its peak but is yet to extinguish. A disquieting silence pervades the ocean-side of the Peninsula. Sea mists roll in when the deep, cold ocean currents, lunging toward the surface, meet the humid, sunlit surface airs.

A backdrop soundscape rises from the low drone of the endlessly-rolling sea. Waves break in crashing crescendos to the eternal accompaniment of descanting choruses of shrill cicadas, who never stop to breathe. Intermittent sounds of human activity arise from the activities of scattered tradies—a distant chain saw, a persistent lawnmower, a falling roller door...

Around the verdant plunging hillsides, proud houses of every contortion, take their own protective measures against the sun’s rays, as they push aside the original clapboards. Jostling and twisting into precarious positions, they claim for their owners their own particular and unshareable views. Together they resemble a random string of sponsored boxes at the opera. Yet few of their patrons are present to enjoy the show—endlessly recycling spectacles of sun, storms, swells and mists.

In late summer, there are random stirrings in this abandoned set from The Truman Show. A pure-breed dog staggers tumbleweed-like down a road. Exotic lizards, fixed in inverted yoga poses, indolently claim their lazy spots in the sun. The general air of maintained abandonment suggests that nature could just as easily reclaim this Upper Pirriwee, from which it was only recently hewn. 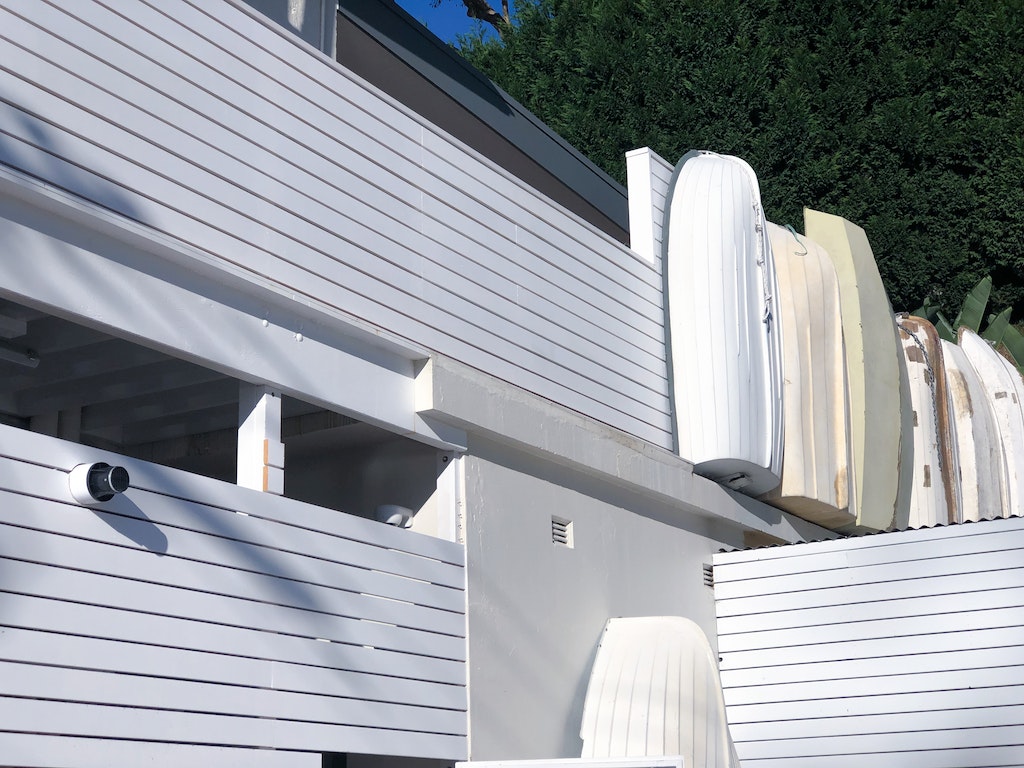 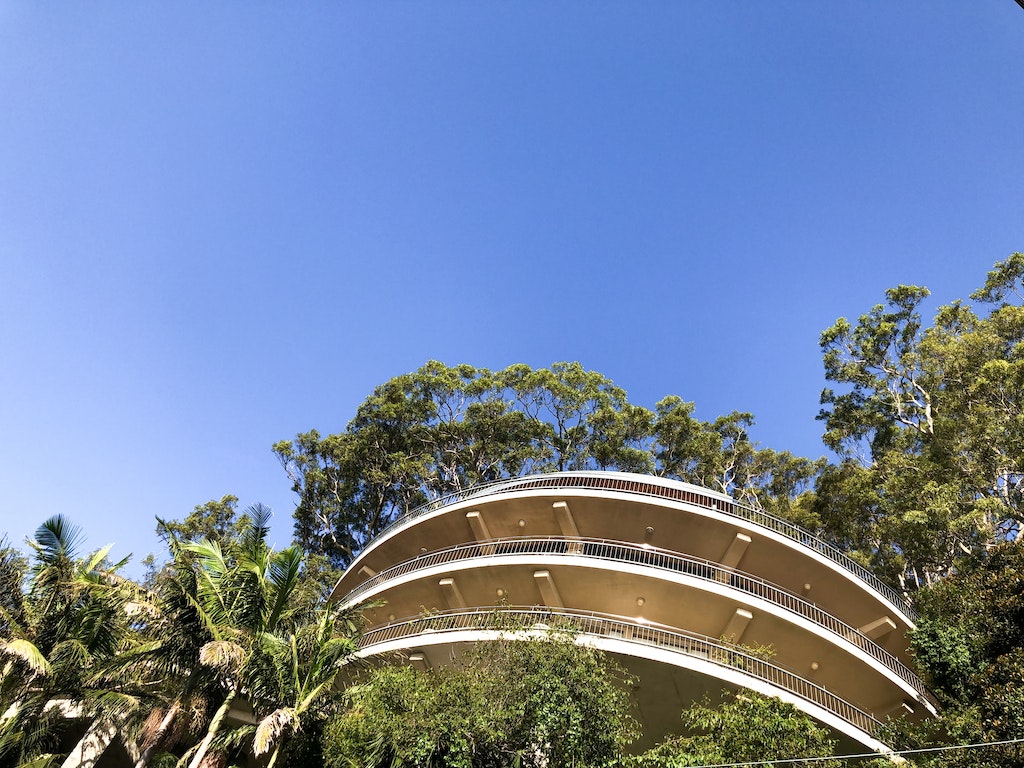 LivreThe urban landscape of the Peninsula's more exclusive enclaves seems to engender human separateness. The occupants may choose to think of this as privacy. There is, however, across the Peninsula, a string of several branded cafes which provide the essential social safe-spaces Moriarty needs to drive her story forward. All of them, reflect aspects of the Blue's Blue café where Morriaty’s characters meet to connect and confide (although they lack the second-hand books she was hoping for). They also seem to contain the same kind of sensitive new-age male baristas who Moriarty's characters assumed to be gay. Of course, they have no issue; it's just they assume!!

The production designer of the television series, John Paino, probably never visited the Peninsula. But he nailed the vibe of its cafes when he describes the look he sought as “reclaimed marine”. However, with little preceding built history on the Peninsula, its cafes, compared to the television version, lack a connection to an earlier era. With nautical stripes, whitewashed floorboards and decorator dinghies stuffed with pots of succulents—they are nonchalantly, if somewhat self-consciously designed.

There are locations on the Peninsula that draw on a least a couple of generations. On the still-water side of the Peninsula, out beyond the mangrove swamps, lies working nautical world of boat sheds and slipways, which also dispense coffee. Grand old yachts cradle on slipways, while others swing quietly at their moorings. From a shaded shipwright's workshop floats a muffled, post-modern percussive symphony of sanding machines, scrapings sounds, strange whirrings, metallic taps with the occasional out-of-sequence hard bang. People have got subsidies for less.

It’s an indolent sort of place. Kookaburras let off their unscheduled sirens. Pelicans glide cheekily by, with one eye firmly fixed on their human company. A shaggy dog lays splayed-out on the rough wooden deck; dead to the world; waiting for nothing to happen. Time is gloriously slow.

It's easy to imagine the fiction of Pirriwee overlaying the hills and beaches of the Barrenjoey Peninsula. For Moriarty, it's been a generous muse. But it may be all there is. Its built environment is yet to complete its first iteration. It's a crust that sits atop millennia of indigenous occupation and eons of natural formation... Now Moriarty, having delved behind the Peninsula's facades, and with little lurking below, there may not be enough to keep plumbing for a third series. 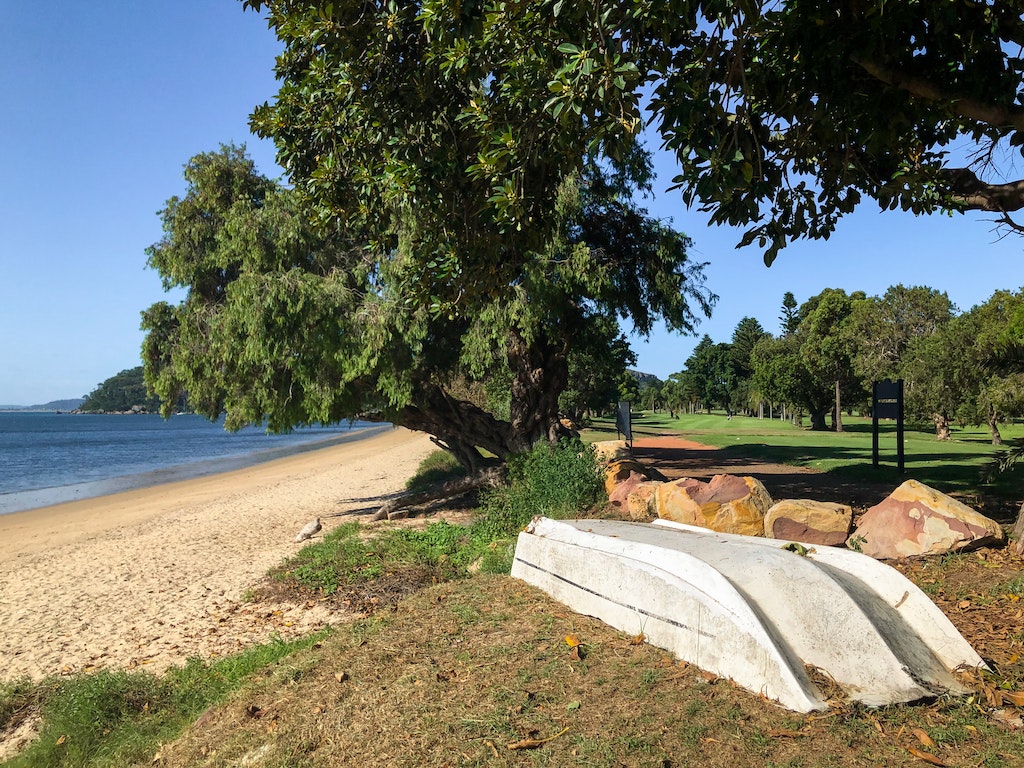 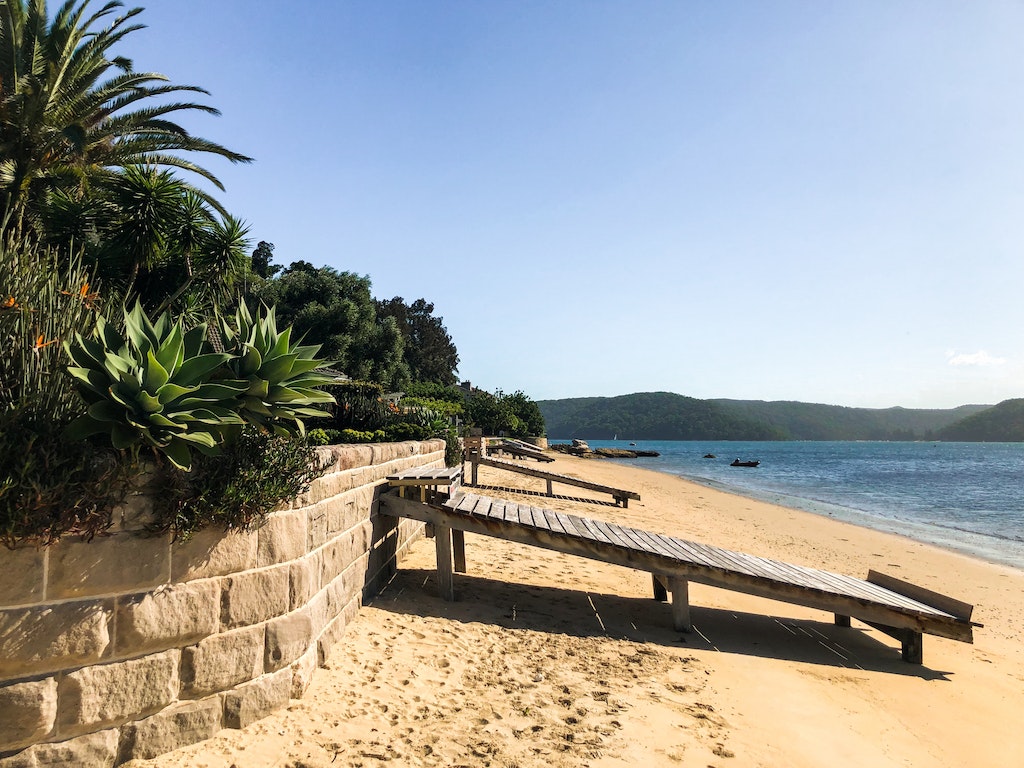 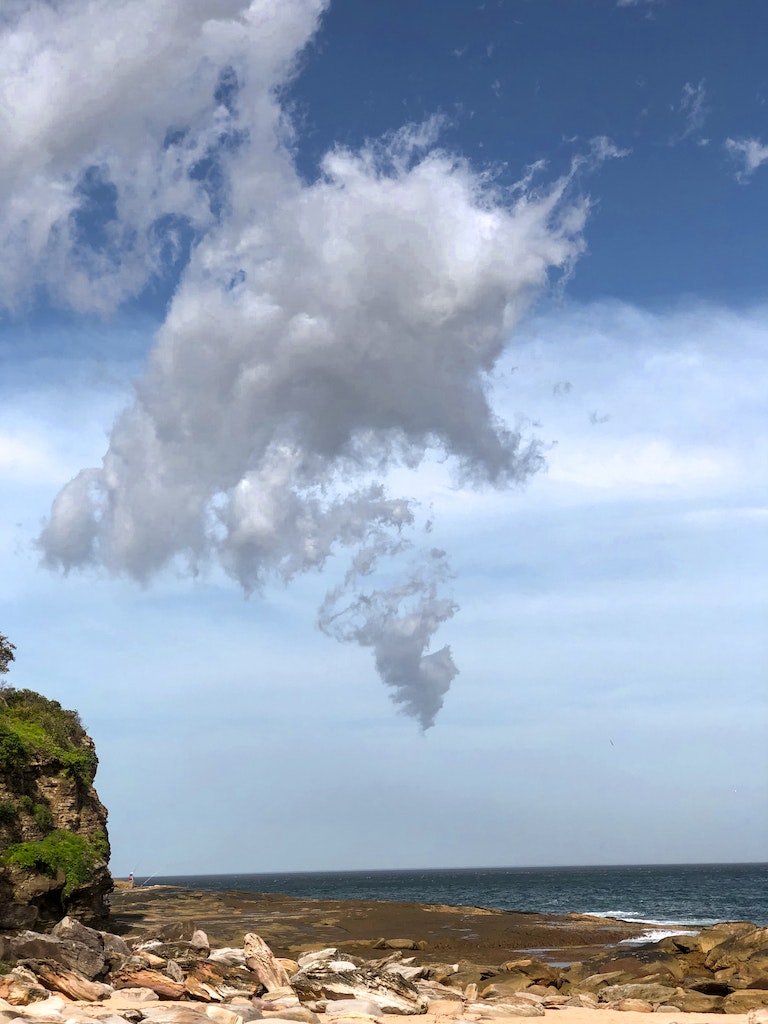