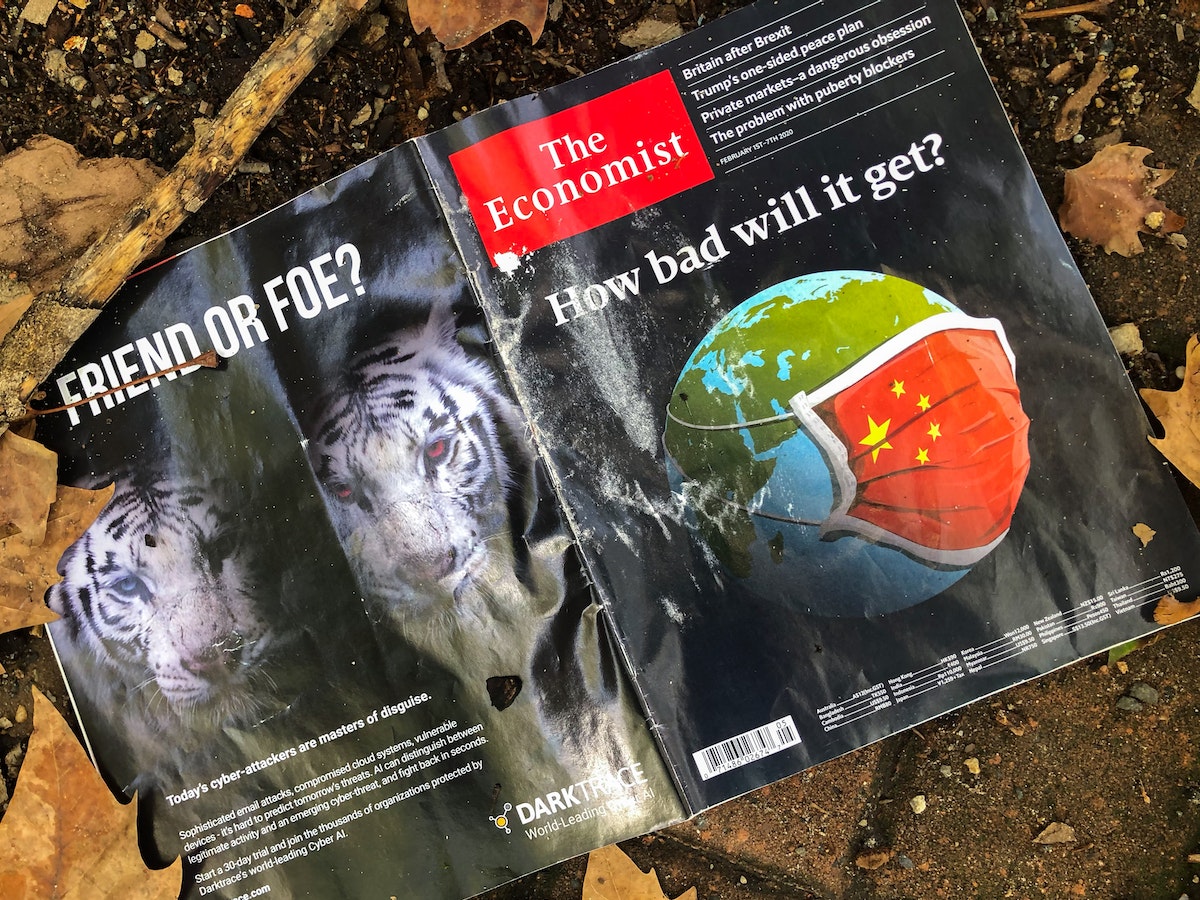 By early April, seen through the prism of Fringe in Australia and the UK, the spreading global pandemic was redirecting the trajectory of history with ever multiplying implications.

It happened so quickly. Time itself, seems to have collapsed. The only logical way to comprehend the avalanche of change is in terms of dog years. Looking back just two months, what the inestimably esteemed Economist wrote at the time now reads as a retrieved artefact from Digging for Britain. They may as well have published it on a stone tablet. (read below).

The timing of The Economist’s piece, published on February 1, frames the rapid collapse of certainty that, in six weeks; spread across the world; in front of our unbelieving eyes. When the piece was published, the world’s second-largest Fringe in Adelaide, South Australia, was gearing up to open on — as a blessed respite to a an eternally disastrous fire season. When it closed in mid-March, it was the last major mass-public event in Australia. But this marker was only a staging point on the way the Great Lockdown of 2020.

With the closing in Adelaide, performers were wondering about the world largest Fringe in Edinburgh planned for August? Would five months be enough time for the Pandemic to flame out?

On March 20, five days after Adelaide’s close, Edinburgh Fringe Society CEO Shona McCarthy stated starkly, “We still don’t know what the future holds”. It seemed that unbottleable Scottish inventiveness—core to the creative DNA of Edinburgh Fringe—would see a way through. McCarthy pledged, “We will keep focused, carry on with a view that there will be a Fringe in August. We don’t know what form it will take; what it will look like; but... a Fringe will happen, a programme will happen, but it just might not look as it has before.”

Folding to the inevitable

Regretfully, by April 1, McCarthy, along with the other major Edinburgh festivals that run in August, was forced to fold to the inevitable. In the wake of multiplying casualty lists in the UK and even grimmer prospects across the world, McCarthy announced formally that the Festival would not go ahead; offering refunds on all advanced payments. McCarthy reiterated the purpose of Fringe in the months to come. A pared-down organisation would continue "to find new ways of uniting people under a Fringe umbrella. It's too early to say what this will look like, but we are confident that as a collective [the broader Fringe community], we can find a way to reach through the walls that currently surround us, and inspire, cheer and connect...."

Back in Adelaide, as its Fringe was fading along with descending uncertainty, theatrical producer Joanne Hartstone re-enacted the theatrical tradition of leaving a “ghost light” on in a now-empty theatre. "It's a reminder that we will return", says Hartstone. “Our small, unfunded theatre company has a huge challenge ahead of it.”

A war-time feel (sans the bombs) now pervades the world. And it all happened so quickly. So what were subscribers of The Economist reading in the run-up to Adelaide Fringe? The magazine confidently pronounced, "local officials in Wuhan first played down the science, and then when the virus had taken hold, enacted the draconian quarantine... Outside China, such quarantines are unthinkable." They quickly became thinkable.

In Australia, with relatively short casualties lists, this early phase feels like the Phoney War. But as we look forward, a spectre from another-past appeared, repeating the same message for our times. Not to miss a theatrical cue, a very much alive one hundred-and-three-year-old Dame Vera Lyn pushed her way out of the attic of our memories. Sadly she died in June 2020, but she had reappeared to remind us that certainty and the future won't always align. As part of her birthday message, she told the BBC, “Music is so good for the soul, and during these hard times [i.e. in 2020] we must all help each other to find moments of joy." And with a flick to reprise, she was off...