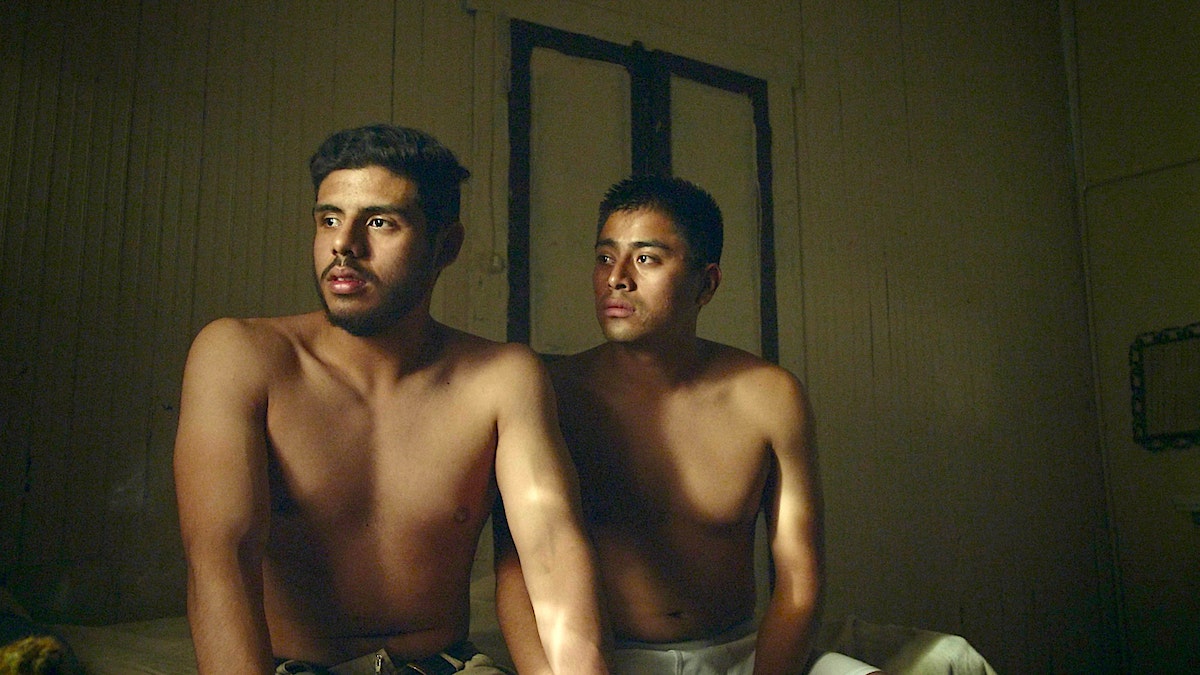 The Guatemalan-made film JOSÉ was the declaratory winner of the official Queer Lion award at the 75th annual Venice Film Festival. Earlier this year, the film premiered in general release in America. However, it’s widening distribution stalled in the shadow of the ever-expanding viral crisis.

In its “neo neo-realistic” style, JOSÉ gives a raw (meaning honest) depiction of indigenous gay sexuality as experienced by two young men in contemporary Central America. Their world is hemmed-in by poverty, urban disintegration and crime; made bearable for many through deeply-held religious traditions and family obligations. The effect of film’s quiet observational point of view is more arrestingly human, than say, a distanced polemic.

Since its award in Venice, JOSÉ has successfully featured at over 50 film festivals across the world. The film made its mainstream American cinema premiere in New York on the 31st of January 2020; followed a week later by an opening in Los Angeles. Unfortunately, these events went ahead without one of the film's two main actors, Enrique Salanic. In a particularly Trumpian twist, the US embassy in Nicaragua twice rejected the actor's request for a visa to enter the US to attend these events. Someone at the embassy assessed the US-educated Salanic to be a flight risk. Maybe they should see the film. They might recognise an additional subplot for the film.

Following its opening, distribution of the film steadily expanded over five weeks; till it was chased down by the quickening Pandemic. By early March, and with movie houses closing down across America, the distributors (Outside Pictures) had to pull their plans for JOSÉ. It was unfortunate as initial reviews were coming in, and accompanied by the visa ban story, the film was beginning to make some thoughtful impacts in the US.

Writing in the film-industry masthead, The Wrap, Carlos Aguilar said of JOSÉ; “Precisely written and deliberately shot... a movie preoccupied with the private tragedy of unfulfilled impulses and aspirations...” Gary Goldstein in the LA Times observed that Solanic, “brings his character to life with a stirring well of decency and reserve.”

Lisa Kennedy in Variety asked, “How can someone like JOSÉ not be uncertain about what he wants from life—or believe he can even attain [it]? It’s one of the many concepts this small film explores with timeliness and insight.”

Despite becoming another cruel casualty of the virus, the creative team behind the film, George F Robson and Li Cheng, along with their distributors, were busily recutting their cloth. By early April, the film was available via streaming services right across Asia, from Hong Kong to Pakistan—and much in between—with English and Chinese subtitles. Other regions are likely to follow later in the year 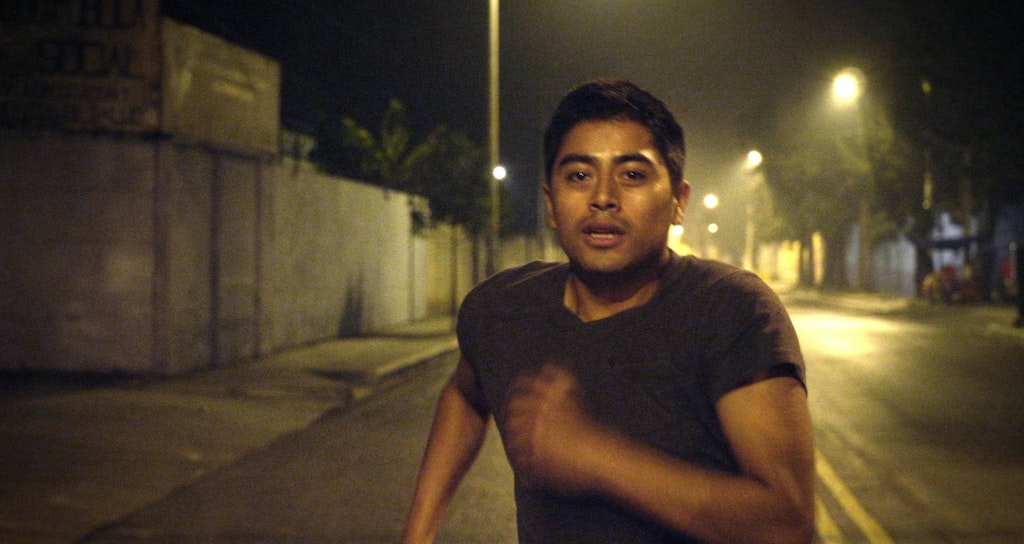 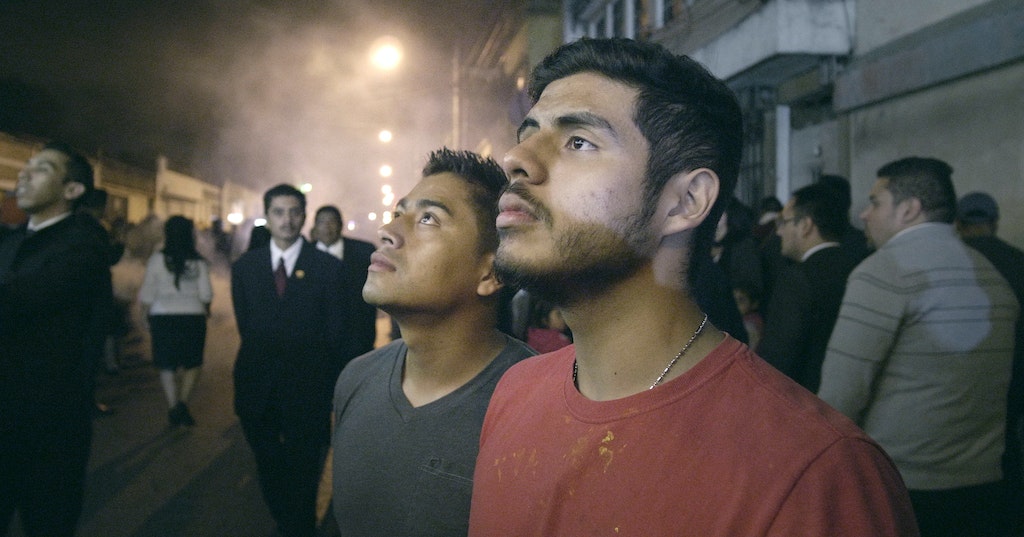 JOSÉ is an amalgam

So, what is JOSÉ about? On first-take, JOSÉ is an indigenous, gay love-story set in teeming Guatemala City—novel enough. However, as JOSÉ unfolds, it reveals more about the lived experiences of millions in Latin America today.

The character of JOSÉ is, in fact, an amalgam of the many young men Robson and Cheng interviewed during two years of extensive research across 20 vastly different Latin American cities. They asked each the same three questions about their experiences of love; "Who are you closet to in life; What is your fondest memory; Describe your first love?"

Locating JOSÉ in Nicaragua—with the poorest, most indigenous, and youngest population in Central America—the creative team have metaphorically placed him in the middle of the many swirling confluences currently coursing their ways through the hemisphere. Drug cartels and criminal gangs impact JOSÉ's world; as do limited opportunities and hyper-competition; corruption and ineffectual government; overcrowding and chaotic urbanisation.

Any wonder human caravans are heading to walls that still barely exist, or that devotional religion maintains its reassuring grip on the popular imagination—if only to make the unbearable bearable.

JOSÉ may be an amalgam, but he is very real. If the creators had him lounging languidly beside a dappled pool, forsaken to the fading light of a failing Tuscan summer, he could feature in a heart-warming, gay-coming-of-age love story. JOSÉ's life has little semblance to such bourgeois idylls. No JOSÉis real; achingly real.

The films “neo-neo-realistic” style means it hovers close to the documental; sifting through the layers and complexities of everyday life. In teeming Guatemala City, we see that sidewalks are a luxury and that muggings and the occasional little earthquake, are unremarkable. JOSÉ is cinéma-vérité.

At times we intrude deeply, somewhat uncomfortably, into some of JOSÉ more private moments. It's an entirely appropriate treatment, given the lack of any truly private space in JOSÉ’s world.

Life is tough for most people in Central America, and as a producer, George F Robson knows too well, "... realities are made harsher by being poor, non-white and gay... and having few opportunities.”. He adds, “ Finding a love-relationship amongst all that, can be an impossible dream”.

JOSÉ in a darkening macrocosm

Beyond what we view through the screen—outside the focused lens and seeping in through the soundscape—broils the darkening macrocosm that gives JOSÉits broader context. Across Central and South America, authoritarian and populist impulses are never far from the surface. Once Brazilians could write off President Bolsonaro’s irrational rants as the blithering blustering of an unrepresentative buffoon. Repeated by a head of state, the same rantings become state-sanctioned hate-speech—by the standards of any average democracy.

Balsonaro once famously declared he was “...proud to be homophobic”, and would “...rather have a son who is an addict than a son who is gay”. He described the vast Amazon Basin, when viewed from the air, as “...a child with chickenpox; every dot you see is an indigenous reservation…”.

And when the Pandemic loomed over Brazil, Balsonaro characteristically seemed oblivious to any thoughts of responsible action. “Some will die...such is life.” (Sadly, socialist Nicaragua is also defying medical reason by organising mass rallies. Its Vice President, Rosario Murillo, like in the movie, seems to rely on God; “With faith, we can conquer fear.")

The sort of Bolsonarian popularism that can capture power in Latin America does not go unchallenged by its people. Brazil is a vast and diverse society, with a history of mass movements, ready to mobilise to defend broad democracy and freedoms. They are experienced in defending the hard won rights of women, indigenous peoples and sexual minorities when they come under threat.

As in Trump’s America, many Brazilians challenge the rise of "Balsonarianism", by adopting the stance of “resistance”.

JOSÉ as the retort

WhenJOSÉfeatured at the continent's largest film festival in Sao Paolo, the stoic forbearances of the film's protagonists against a recognisable array of obstacles struck home. The intricate humanity of the film readily subverts any blabberous barbs of Balsonaro-fueled bigotries. “JOSÉ: O amor em forma de resistencia" (or "JOSÉ: love as a form of resistance") declared the headline on the cinephile website Artecines.

JOSÉ made an impact in Nicaragua—just by being made. But it is yet to show there. Director Li believes, "there is a concern for the safety of the actors". He adds the country’ systemic and institutional dysfunction is ongoing. Authorities expelled an UN-backed anti-corruption commission when it dug too close to the President and his family.

However, in a double-page story celebrating the film’s award in Venice, the relatively liberal national newspaper, Prensa Libre, rhapsodised, "JOSÉes una carta de amor para el país”; (or “JOSÉ is a love letter to the country”). 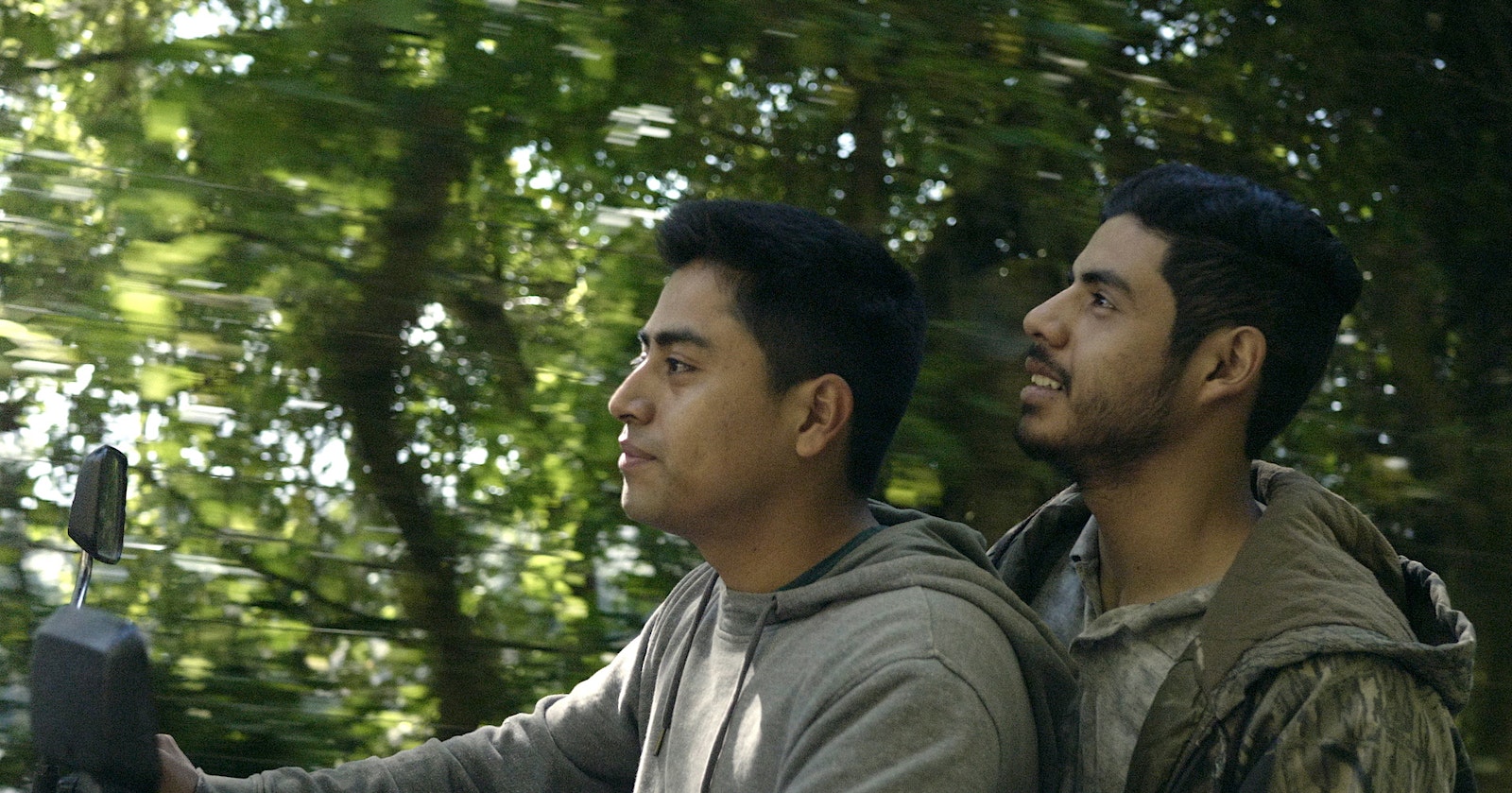