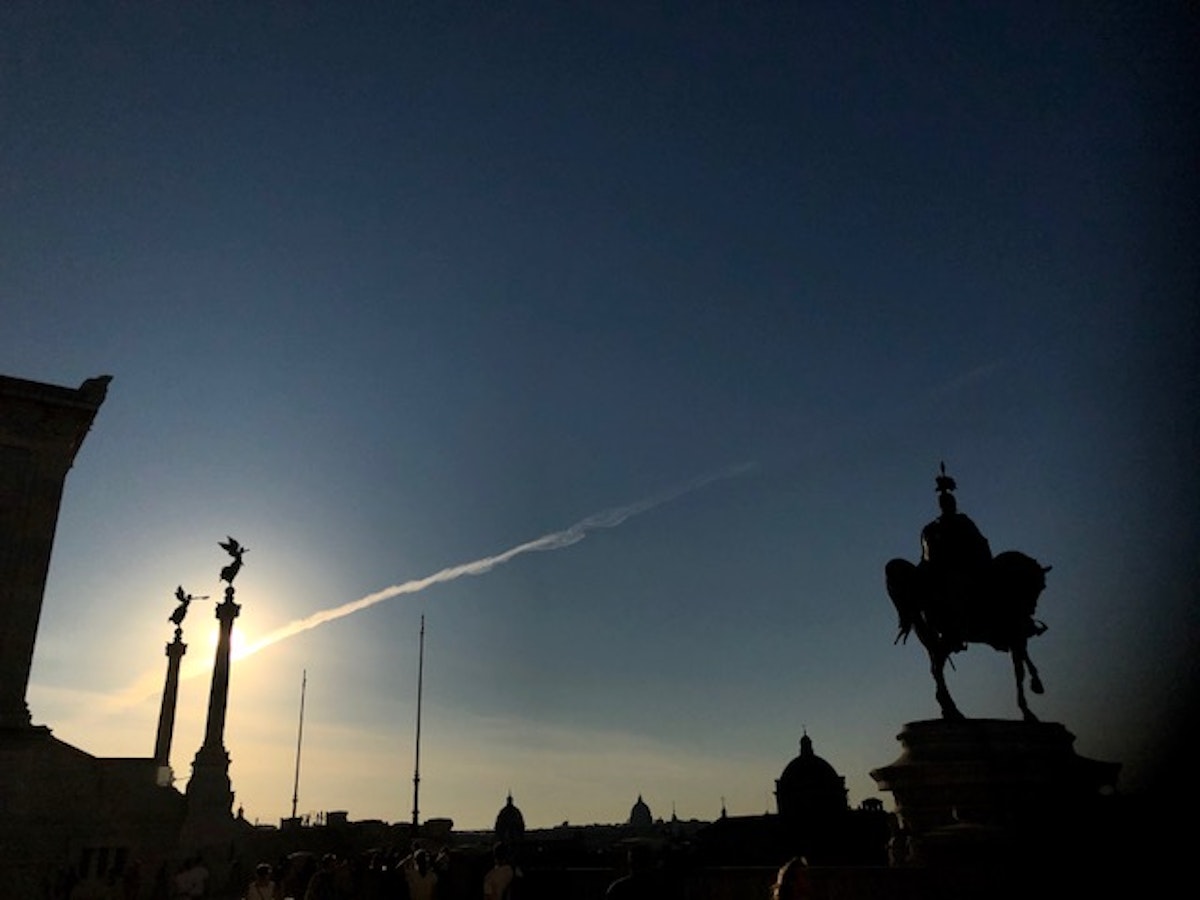 The Vittioriano is the massive monument facing onto Piazza Venezia in the heart of Rome. It voluminousness is underpinned by cavernous interiors and while its elevated walkways emphasise its overreaching height. Entering into the belly of this leviathan is to experience a nineteenth-century conceptualisation of nationalism.

The Monument is deliberately constructed to be the symbolic heart for a new nation not used to thinking nationally... Old myths are recycled and new ones offered. The Vittorino is more formally known as the Monumento Nazionale a Vittorio Emanuele II. Somewhat more ominously, it has an alternative name of Altare della Patria, or Altar of the Fatherland. 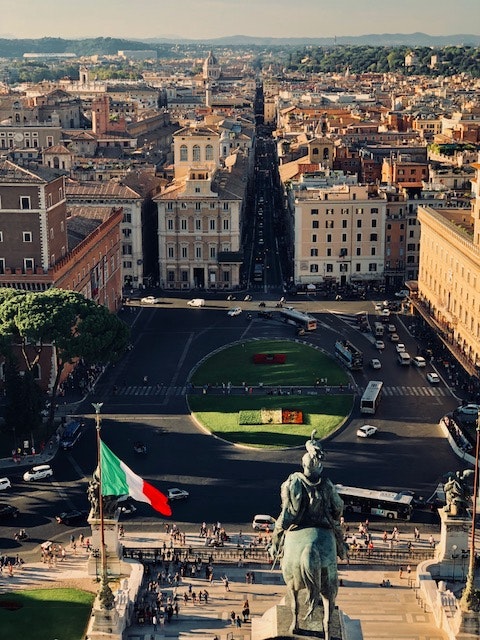 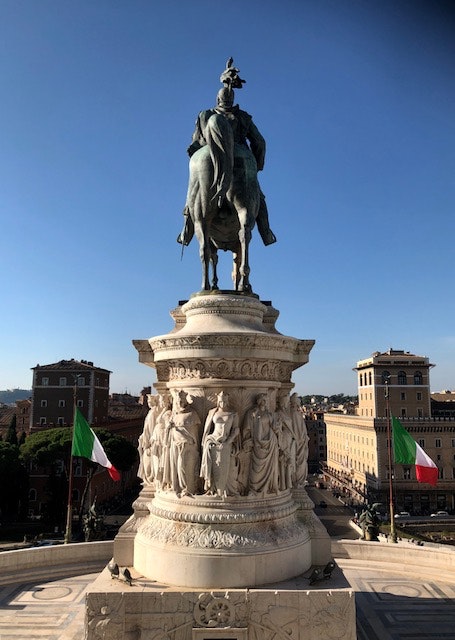 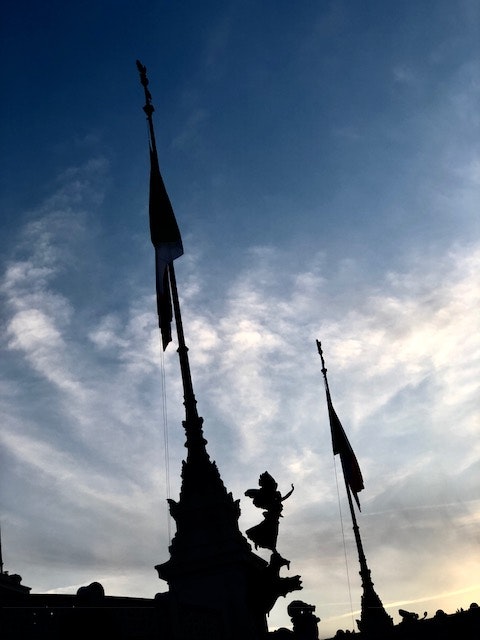 The Monument was erected in the late 19th century, ostensibly as a monument to the, by then, dead king. In reality, it's a massive government propaganda piece, to help galvanise a newly unified but still disparate nation. Some contemporary critics felt it was an extravagant example of extremely bad bourgeois taste; reflecting the values of the founders of the new nation. They declared it as out of place, out of scale, and frankly out of style.

Building the massive monument meant obliterating an old medieval neighbourhood; and even Rome can't spare that many. During construction, many priceless classical antiques came off second best. But an old plebeian tenement bloc was uncovered. It was preserved in-situ and still clings like crumbling honey-comb to the side of the gigantic edifice.

Sometimes in Italy, it feels like there is enough antiquity to spare. Mussolini, of course, caused similar collateral damage adjacent to the Monument with his vainglorious Via dell'Impero. This broad avenue cuts directly through the Forum; from Piazza Venezia in front of the Monument, to the Colosseum. For his proud military displays, Mussolini wanted, and got, a particularly impressive ceremonial avenue set between what still remained from a glorious past. That road is now more modestly known as Via dei Fori Imperiali. 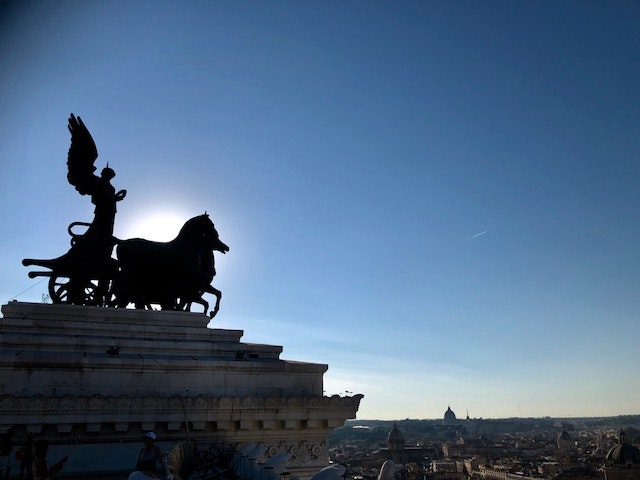 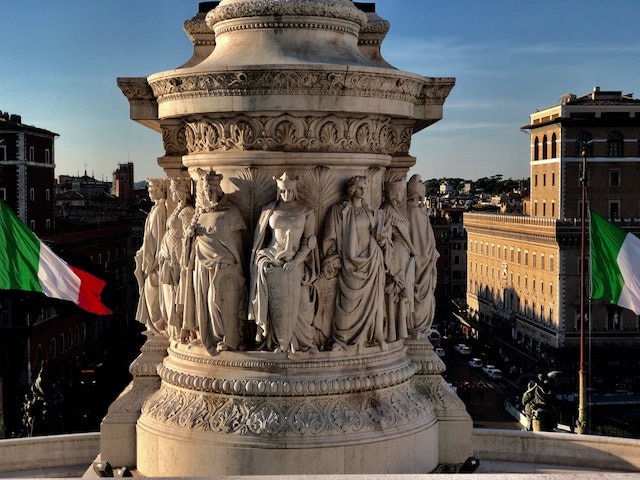 Today, it is difficult to judge the monument in terms of bad taste. It's now sufficiently aged to be considered just another unsubtle example of a late 19th century overblown bombasticness. The French have plenty of examples of this. The Scots have an oversized monument balancing precariously over the edge of a bridge that glorifies the "sacrifices" of the Boer War. Gaudy patriotism was di rigour at the time.

Oversized?; Yes, you can't miss it..and subtle, it certainly it's not... But at the equivalent of 27 stories high, it gives the best views over central Rome; and has yet to be built out.

Gaudy and overblown? No one would dispute. But is it any more overwrought than the confected storyline of an Italian opera of the same era?

It's also blindingly white. The young assistants, wrapped in sunglasses for protection from the bouncing sun on the bleached white marbled sky-roof, suggest their other jobs are in ski resort.

But if the Monument was intended to express pride in the then new state of Italy, it's done so by reflecting several sides of the Italian character. In that respect, it succeeds and continues to do so, admirably...!!! 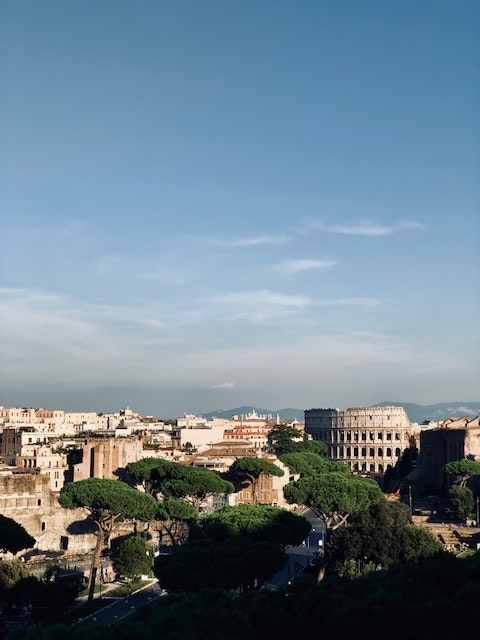 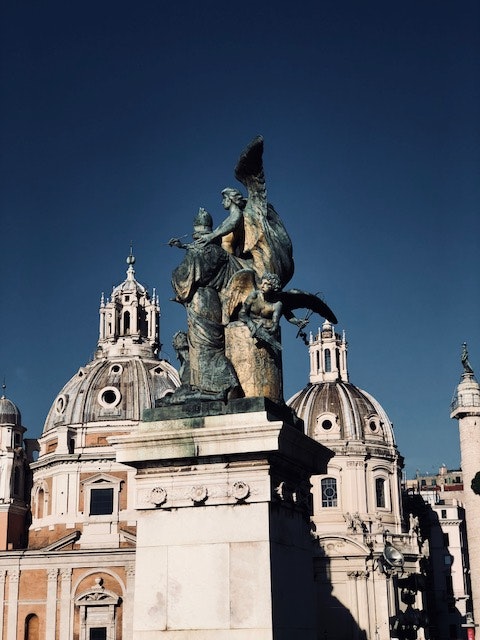 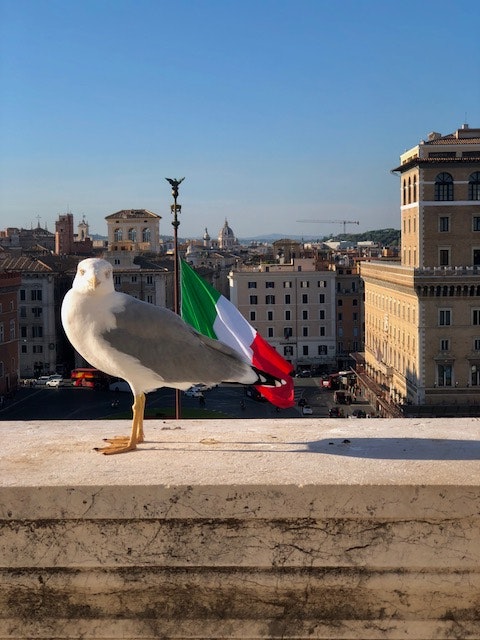