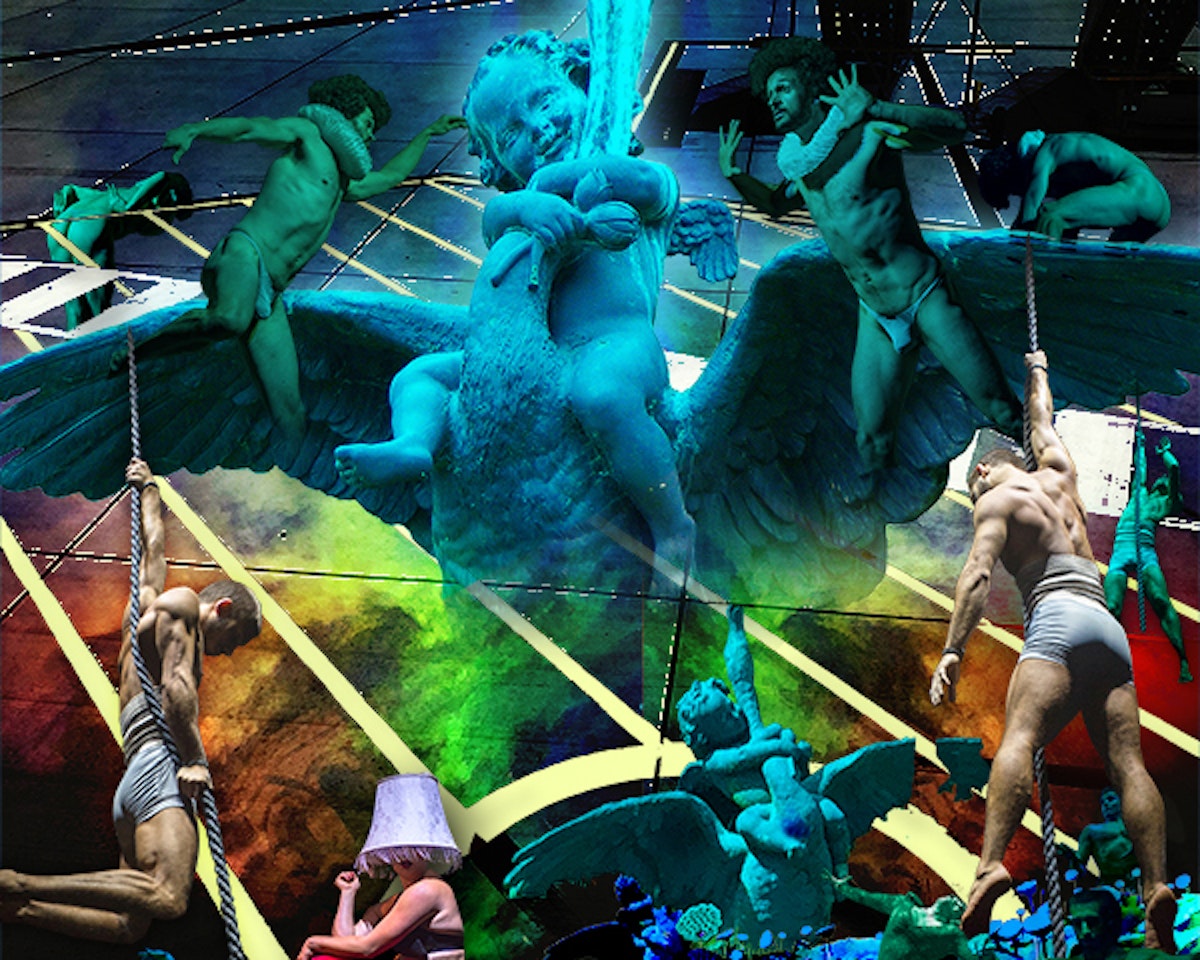 It’s only a few short weeks since the world’s second-biggest Fringe festival closed in Adelaide. Since mid-March, the world has changed beyond conception. Who knew, even then, that Fringe would be the last great gathering in the nation for some time to come?

Before the Great Lockdown

It would be impossible to achieve now, but the Festival season was a huge success. Festival goers bought a record 850,000+ tickets over the month-long season. That’s a huge number, generated mainly by the inhabitants of a modestly-sized city of 1.3 million people, nestling benignly on the edge of the desert, off Australia’s main trunk routes. Significantly, Fringe sells ten times the tickets as the esteemed Adelaide Festival—the concurrent cultural showcase under who’s shadow it originally evolved...

The record came from an increase in ticket sales of 3%. Until the final few days, sales were on track to grow by 10%. It was only then that they began to trail off, as the very first awareness of a looming viral disaster began seeping in. In years to come, after we have all picked up the pieces, recovery may well be measured in terms of how a year’s sales compare to the one before The Great Lockdown; or whatever name this unfolding catastrophe attracts.

Just as Fringe was fading-out, the expanding cataclysm—confounding conventional comprehension—was spreading over the world. Virologists may have seen it coming. But no one else did. Who could have imaged, let alone comprehend, the shape, extent and indeed cause of a simultaneous health, economic and cultural meltdown? Combined, it represents a collapse of certainty.

In just a few week, an unknown force has comprehensively outrun Adelaide, the nation, and much of the world. It's as if the monster movie plot, that was always lurking in the depths of a suburban multiplex, has dramatically cut loose. The only other events that could have led to such an immediate savaging are the equally improbable scenarios of a meteor strike from space or a rogue nuclear attack. Both thankfully remained confined to a Marvel Comics imagination.

Between Armageddon & the Apocalypse

Following the worst fires season Australia’s 232 years of European settlement, Fringe opened in mid-February, beckoning a blessed return-to-normality. Around Adelaide, fires had devastated semi-rural communities in the adjacent Adelaide Hills. Nearby, just over half of Kangaroo Island—Australia's third-largest—lay bare, as a blackened crisp

In theatre, you can't bank good luck or good timing. Adelaide Fringe, this year, pocketed both. Only now is it apparent that this extraordinary incubator of creative expression benefited hugely from what was just a teasing respite. After the Armageddon of the fires, those blue-sky days lasted but a few precious weeks, before succumbing to the advancing Apocalypse of the virus.

Immediately following Fringe, an extension event—the Kangaroo Island (KI) Comedy Gala—was primed as a major morale-boosting event for the Island’s 5,000 beleaguered citizens. Sadly the the quickening pandemic got in front. The day following the close of Fringe, an initial government ban on gatherings of more than 500 people came into force, stopping the Gala in its track.

Had it proceeded, the parched Islanders could have soaked up the balming tonic flowing from the unbottled whimsey of two "six-star" shows. A "six-star” rating, awarded by It's Out Now, means “you won’t see better”—anywhere; Off-Broadway, Off-West End, in Melbourne or Sydney....

The HandleBards, who throw Shakespeare back to the people, were to present their ridiculously revitalised version of The Tempest. While the LateBloomers’ were to perform their comic-mime masterclass—Scotland. This merry troupe hold the secret that leads the ravaged adult mind back to its lost capacity for boundless, magical, even childish imaginings. Both are a tonic.

The Aussie member of the multinational troupe Latebloomers, Sam Dugmore is “part South Australian”. He has fond memories from his younger days of holidaying and later working on Kangaroo Island. Dugmore was particular looking forward to contributing to the Island’s recovery. He lamented, "Out of our entire tour of 2020, this was the one festival I was looking forward to most. It felt important after the bushfires had devastated the Island. So to have to postpone this festival was heartbreaking... We will be back with it next year, so there is hope.” 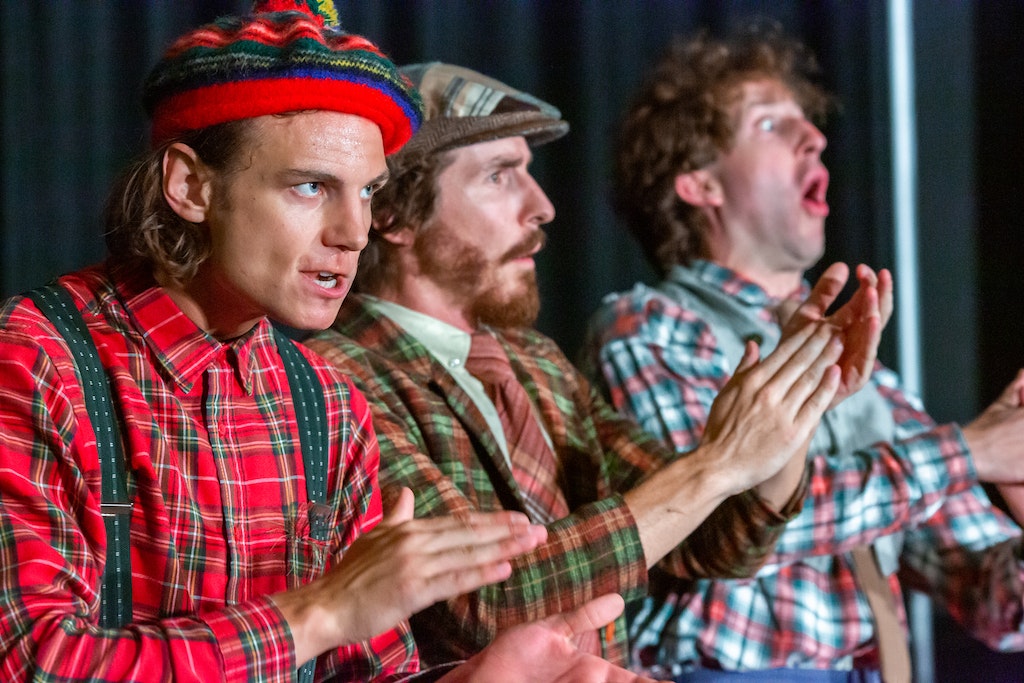 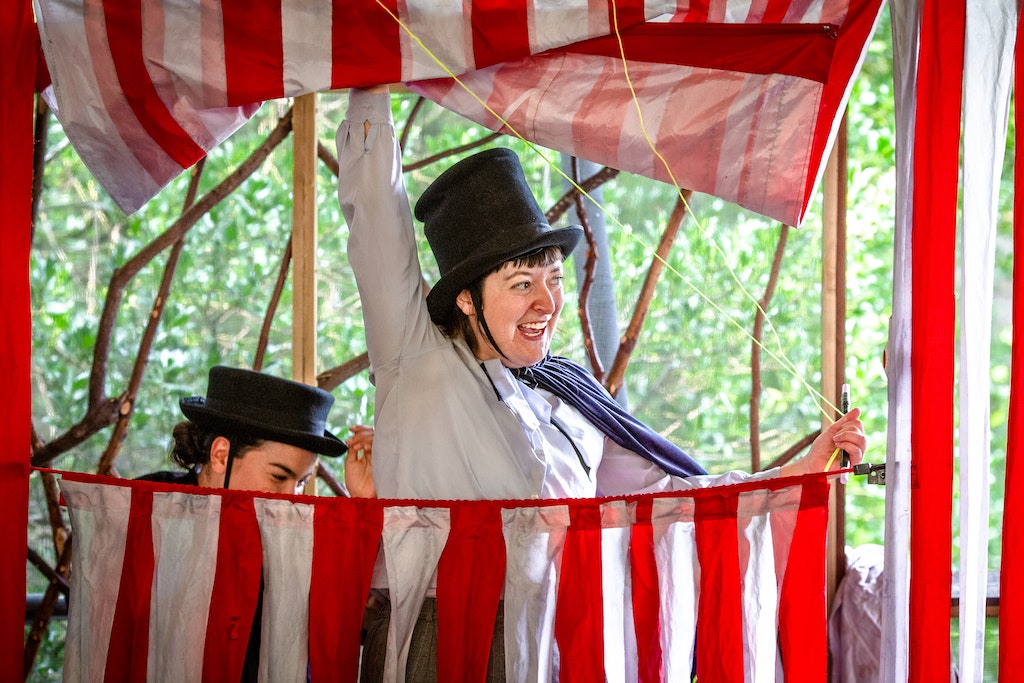 With a growing sense of uncertainty, Fringe announced the season’s official awards on the eve of the same first restrictions that put an end to the Kangaroo Island Gala. The adult circus, Rouge deservedly won the Best Circus and Physical Theatre award. Rouge sumptuously showcases circus' annexation of the realms of burlesque and cabaret—providing a worthy replacement to animals... The attached newsreel features the Diva and the lampshade characters from this gorgeous show.

The Pick of the Fringe Award went to Frankenstein, How to Make a Monster, by Beatbox Academy. The show, presented by a London based collective of young beatboxers, rappers and vocalists (aged from 19-27), added some Adelaidean rappers to their line-up. The show arrived in Adelaide as the most critically successful show of the last Edinburgh Fringe— from over 4,500 shows (as tabulated by The List).

The Frank Ford Award acknowledges Fringe’s extraordinary impact on Adelaide. Ford, who died in late 2018, was, in the early 1960s, the founding Chair of Fringe, and continued as its guiding light for decades. This year the award went to Joanne Hartstone who, through Hartstone-Kitney Productions, bought to Adelaide, 20 quality shows from seven countries.

Joanne is part of the ever-evolving ecosystem of fleet-footed creative entrepreneurs that continue to grow around Fringe. The creative risks they take as producers are as essential as those made by the performers. Hartstone-Kitney’s theatrical hub lies adjacent the Botanic Garden’s extensive rose plantings. In every colour, these delicate flowers seem determined to show just how magnificently they can grow, bloom and flourish in harsh, near-desert conditions.

Hartstone-Kitney’s line-up included Tymisha Harris’ Josephine. Originated Off-Broadway, Harris' one woman show arrived in Adelaide via Edinburgh. She tells the bio-pic-in-waiting story of Josephine Baker, a woman at least 100 years ahead of her time. Josephine transcended the ingrained racism and inescapable poverty in St Louis to become the toast of Jazz Age Paris. She put her life on the line with the French Resistance against the Nazis and later joined Dr Martin Luther King at the landmark I Have a Dream rally in Washington. For Josephine, this was “the happiest day of my life”.

Hartstone-Kitney also presented The Flannagan Collective. This troupe, hailing from North Yorkshire, brought a trilogy of shows to Adelaide—like a travelling theatrical caravan in Dicken's Nicholas Nicklebly. With their offerings, again you won’t see better—anywhere. Unrelenting wordsmith, Alexander Wright leads this multitalented troupe. "Playwright" is too restrictive a descriptor for Wright. His co-creator, as a balladeering minstrel, is Phil Grainger.

Two of their shows—Orpheus,andEurydice—relocate the epic ways of the gods to the everyday lives of ordinary people in regional England. They re-energise the classics with pounding eclectic-electric mash-ups of slam poetry and beating prose, leavened through wistful wandering acoustics. 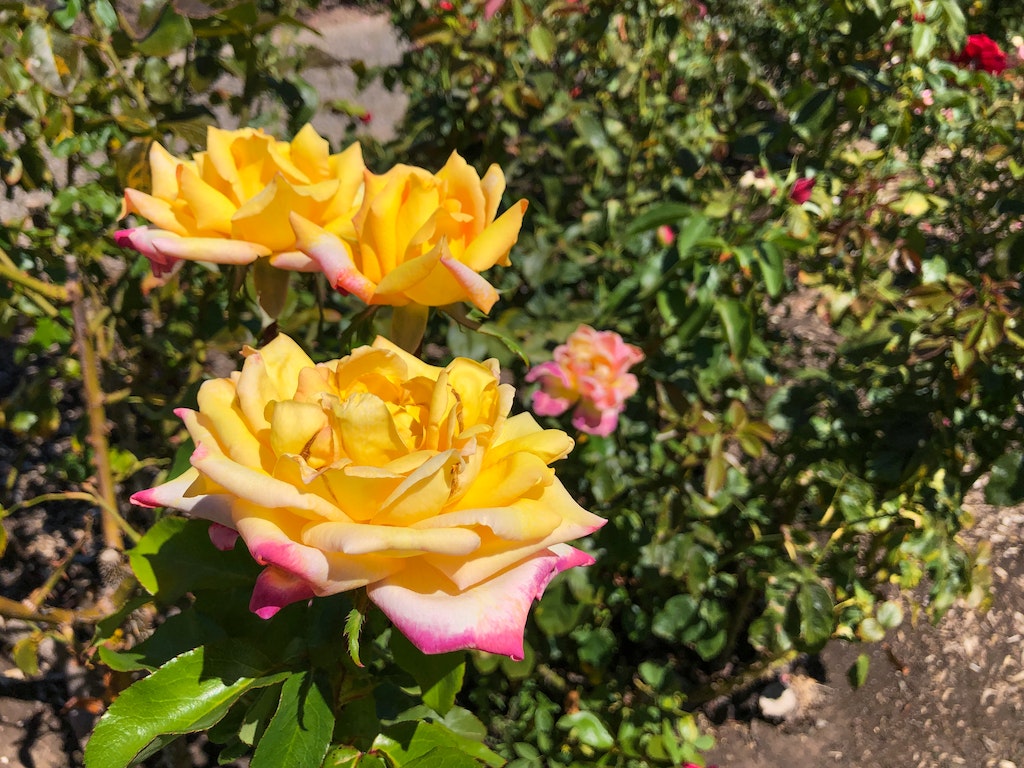 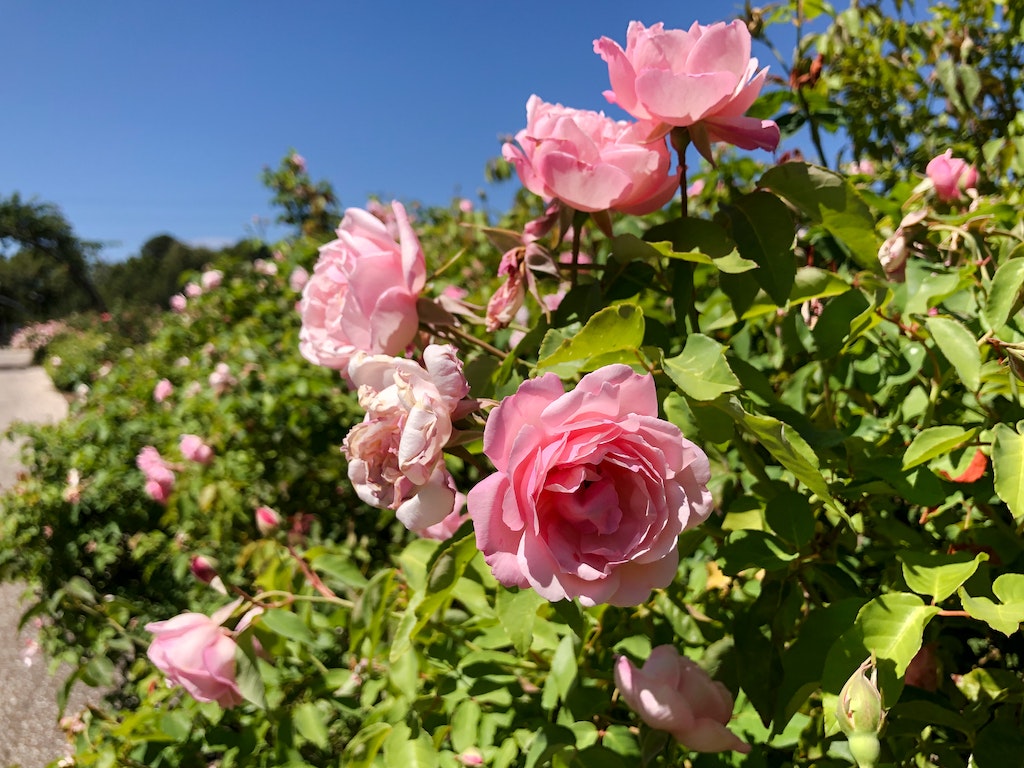 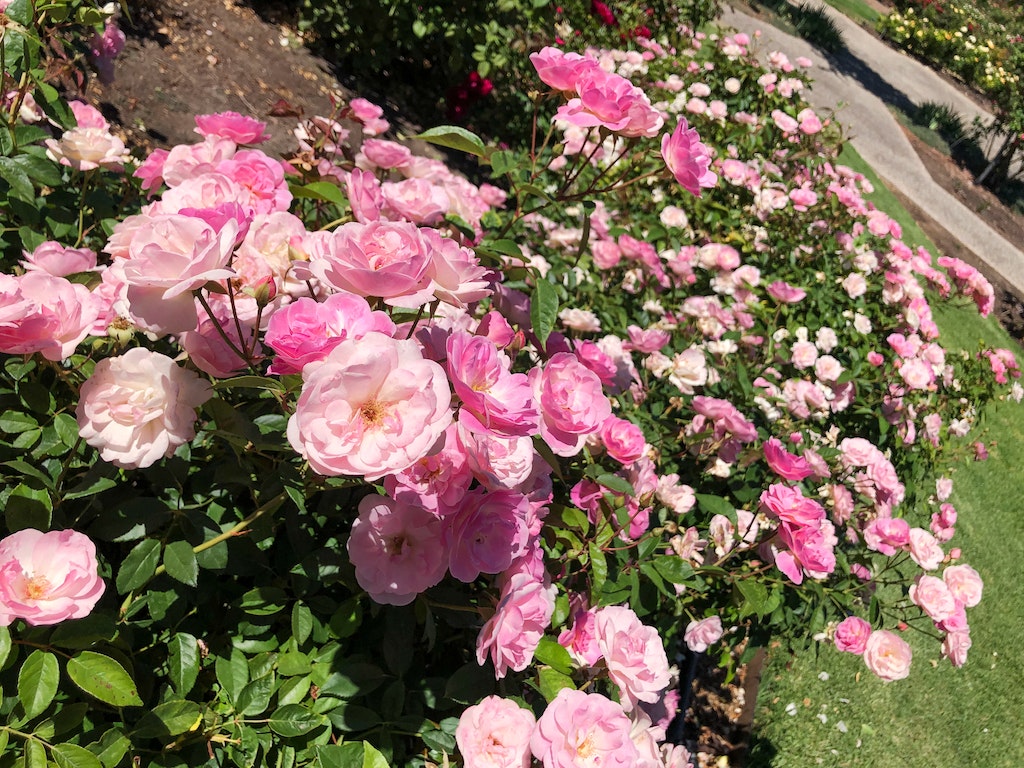 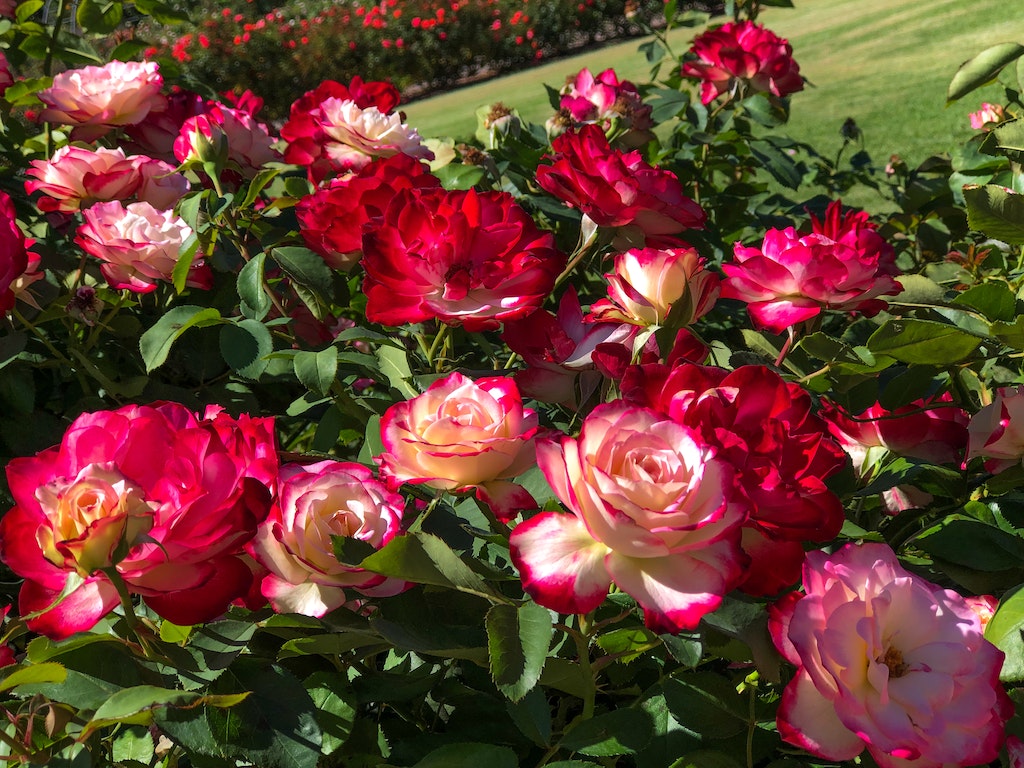 Rarely is a regular job part of the business model of the entrepreneurial creatives involved in the Adelaide Fringe. In the immediate wake of Fringe, the rapidly advancing pandemic rendered useless future opportunities for most who had been involved. At least Fringe operates specifically to financially benefit the performers. This year, from a box office of $AU21 million, $AU19 million will return to the performers— a rate few charities can match.

Creative-entrepreneur, Joanne Hartstone was in real time, seeing how she could recut her cloth. “On the last night of Fringe, [we] took the initiative to live stream a performance... our experimentation with film will be vital in continuing... in a socially distanced global community... we have the technology to adapt."

And what about the next major Fringe event in Edinburgh in August? Five days after the close of Adelaide Fringe (on March 20th), Edinburgh Fringe Society CEO Shona McCarthy stated starkly, “We still don’t know what the future holds”. It seemed that unbottleable Scottish inventiveness—core to the creative DNA of Edinburgh Fringe—would see a way through. McCarthy pledged, “We will keep focused, carry on with a view that there will be a Fringe in August. We don’t know what form it will take; what it will look like; but... a Fringe will happen, a programme will happen, but it just might not look as it has before.”

Regretfully, by April 1, McCarthy, along with the other major Edinburgh festivals, were forced to fold to the inevitable. In the wake of multiplying casualty lists in the UK and even grimmer prospects across the world, McCarthy announced formally that the Festival would not go ahead; offering refunds on all advanced payments. In her second statement McCarthy reiterated the purpose of Fringe in the coming months. A pared down organisation would continue "to find new ways of uniting people under a Fringe umbrella. It’s too early to say what this will look like, but we are confident that as a collective [the broader Fringe community], we can find a way to reach through the walls that currently surround us, and inspire, cheer and connect...."

Back in Adelaide, as its Fringe was fading along with descending sense of uncertainty, theatrical producer Joanne Hartstone re-enacted the theatrical tradition of leaving a “ghost light” on in her now empty theatre. “It’s a reminder that we will return”, says Hartstone. “Our small, unfunded theatre company has a huge challenge ahead of it.”

A war-time feel (sans the bombs) now pervades the world. It all happened so quickly. As recently as February 1st, two weeks before Adelaide Fringe opened, The Economist stated in one of its leaders (editorials), "..local officials in Wuhan first played down the science, and then when the virus had taken hold, enacted the draconian quarantine... Outside China, such quarantines are unthinkable." They're not now.

In Australia, with relatively short casualties lists, this early phase feels like the Phoney War. And then, not to miss a theatrical cue, a spectre from another past arose to console. A one hundred-and-three-year-old Dame Vera Lyn, very much alive, pushed her way out of the attic of our memories, reminding us that certainty and the future won't always align. “We’ll meet again, don’t know where, don’t know when.” 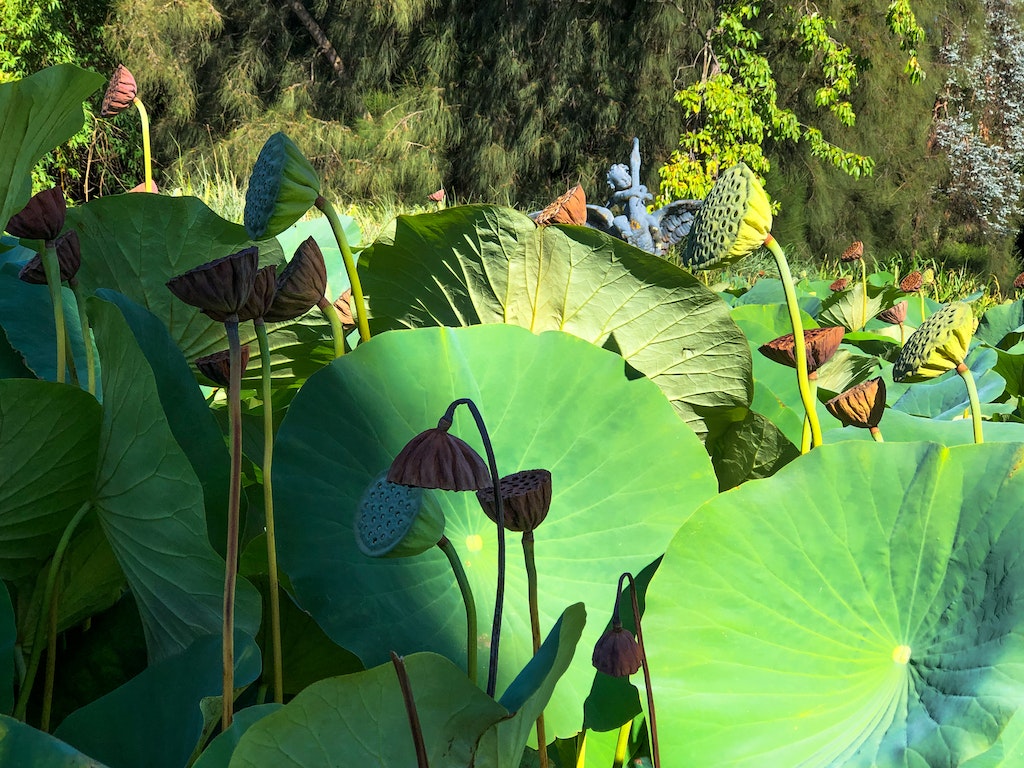 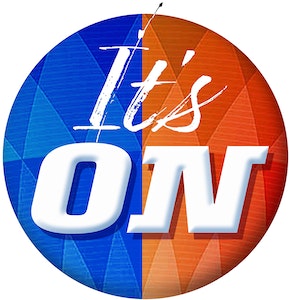