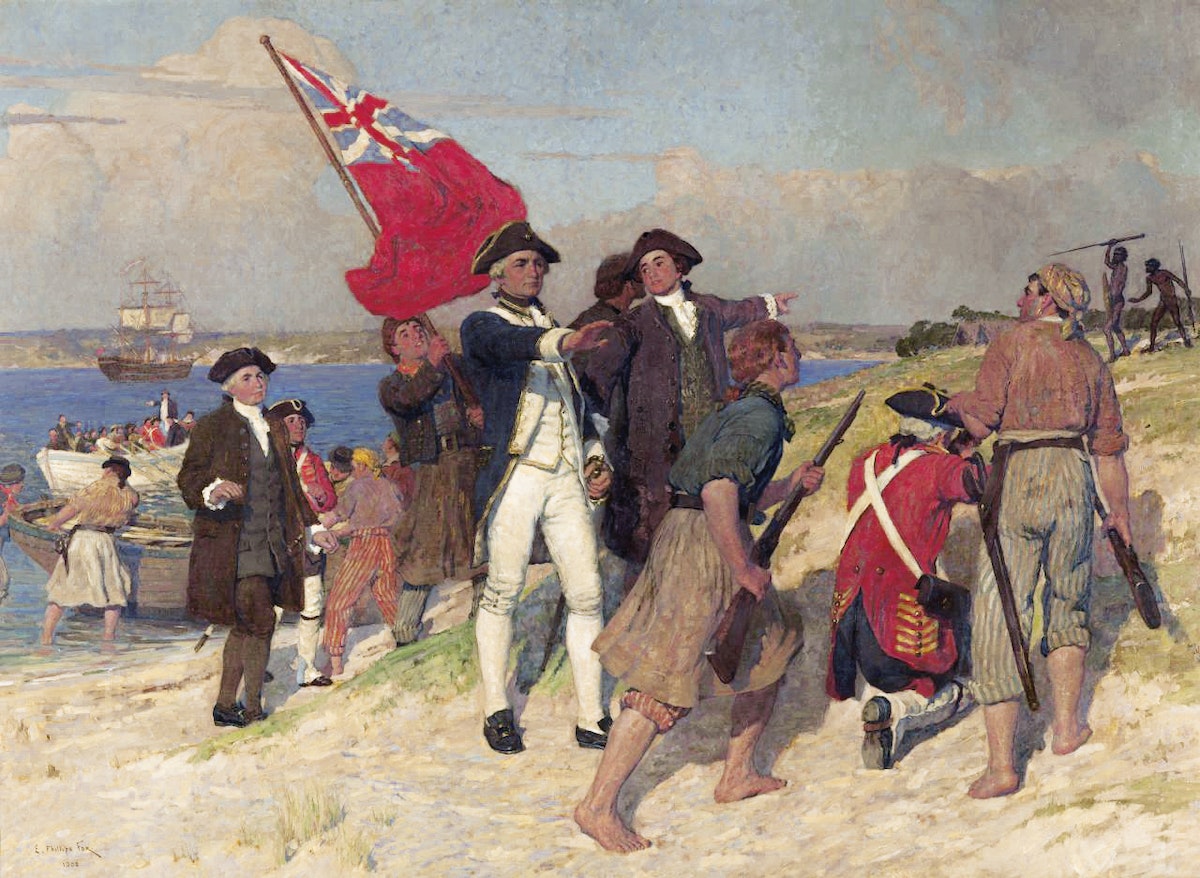 In 1970, the bicentenary of Captain James Cook's landing at Botany Bay, most Australians accorded Cook a near-mythic status. He, along with Governors Phillip and Macquarie, once provided an unshakable base for the foundational story of modern Australia. Fifty years later, at the time of the 250th anniversary of Cook's landing, that firm base is eroding.

A new national story is unfolding, appearing at times confused and conflicted. It's a multilayered narrative that is still in flux and is yet to settle. Writing at the time of the 250th anniversary, Cook biographer Peter FitzSimons, lamented, "...here we all are, 250 years later, still not sure as a people what to make of it all." That wasn't always the case. In 1970, Australians were very sure.

Australians in 1970, occupied an entirely different mindscape. It's an enigmatic realm, effortlessly lingering within the nostalgic grasp of many today. It was a mostly monocultural, British-derived society that enthusiastically embraced the bicentennial celebrations of that year. As a people, most Australians saw themselves as the amalgam wrought of 182 years of Anglo-Celtic immigrations (and of course, transportations). New Australians—the non-British post-war immigrants—were arriving in greater numbers. But, in 1970, the nation was yet to embrace multicultural understandings along with its more diverse models of Australianess. For not much longer, assimilation was the best path into the Australian community.

Then Premier of New South Wales, Robin Askin, crisply summed up the significance of the bicentenary for the nation in 1970. "Cook's discovery tilled the ground for the seeds of settlement for Governor Phillip [in 1788]. From these seeds comes a great and free nation—predominantly British." Askin's declaration suggests that a British derived nation had, by then, absorbed its Irish descended population.
Looking back, the hoopla of the bicentenary appears both self-congratulatory and self-reinforcing. Broadcaster James Valentine describes the dynamics and dispositions of the times. "The mood of the nation was determined by the politicians, the local mayors, the presidents of Rotary clubs, the chairs of the ladies' auxiliaries, the newspaper editors and media producers; who were all overwhelmingly descended from the British."

Little wonder that the ideas and understandings implicit to the bicentenary expressed little of the experiences of the original inhabitants and their descendants. In 1970, broad communal deafness to other understandings was inherent to the national mindscape.

The multiple implications of the White Australia Policy had hovered over the history of Australia as a federated nation (from 1901). It may have been called White, but more often than not, its title was a euphemism for a British-derived Australian Population Policy. When drafting it, the new Federal government tied itself in knots deciding where to locate the borders of white. They finally drew the line at Constantinople. More often, however, the policy stopped dead at Dover.
At the time of the bicentenary, the White Australia Policy was still on the books. Over the 1950s, it became increasingly incongruous as more immigrants arrived from non-British countries, the Empire was breaking up, and Colombo Plan students from Asia were appearing at universities. After 1966, the fraying policy started to unravel with the departure of the long-serving Anglophilic Prime Minister, Robert Menzies. In 1973, under the Whitlam Labor government, the White Australia Policy was finally and wholly consigned to history.
As long as the policy existed, the national mindset indulged in various feats of gymnastic cognitive dissonance to better rationalise its shifting purposes. But a core question remained unanswered. How could Australians reconcile a white population policy while co-existing with a dark-skinned indigenous population? That puzzle may have been easier to square at the time of Federation when there were plenty of academic opinions attesting to inevitable demise and ultimate extinction of the original inhabitants.
Both major political grouping supported the White Australia Policy for much of its existence. In 1972, Whitlam's predecessor as Labor Party leader, Arthur Calwell (1960-67), spoke against the direction Australia was then striking. "Any man who tries to stigmatise the Australian community as racist because they want to preserve this country for the white race is doing our nation great harm ... I reject, in conscience, the idea that Australia should or ever can become a multi-racial society and survive".
In 1970, few Australians were likely to hear any alternative perspectives over the din of the year-long bicentennial celebrations. However, the Sydney Morning Herald's legendary correspondent Margaret Jones did report the alternative commemorations held on the day of the re-enactment (on La Perouse Peninsula, opposite Kurnell). There, poet Kath Walker—later known as Oodgeroo Noonuccal—gave a poignant oration before casting a wreath onto the waters of Botany Bay. The following morning, the Sydney Morning Herald reprinted her oration in full. It began...

Today, at the enactment of Cook's landing
We who are the strangers now
Come with sorrow in our hearts... 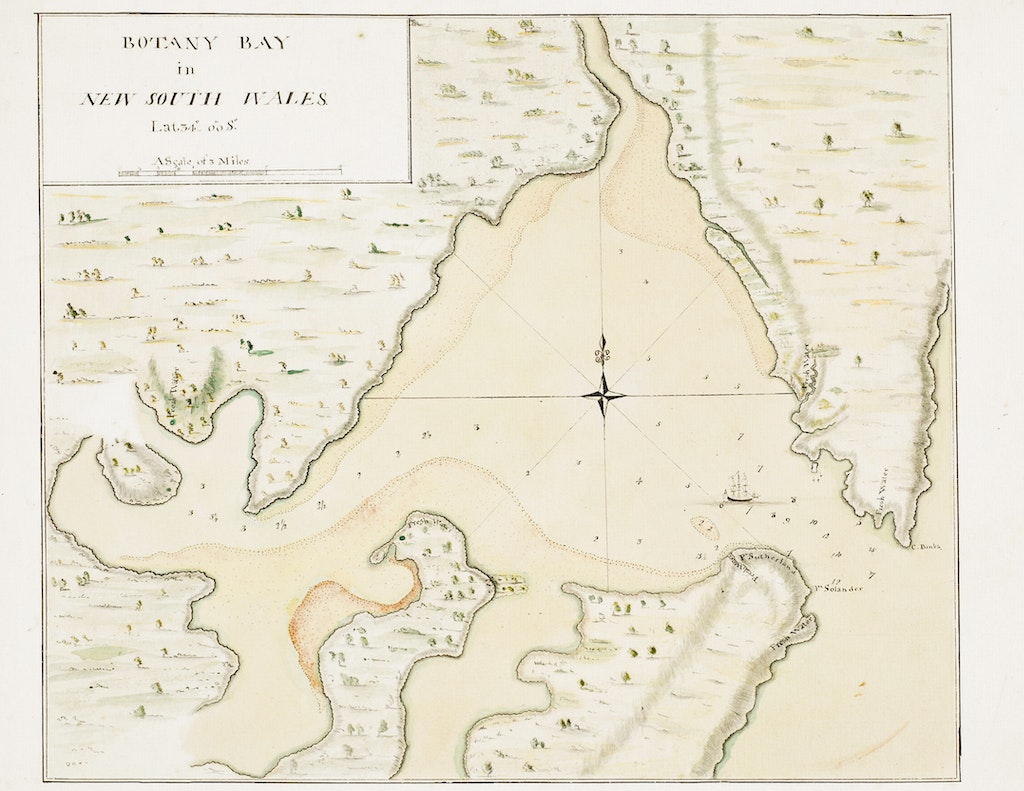 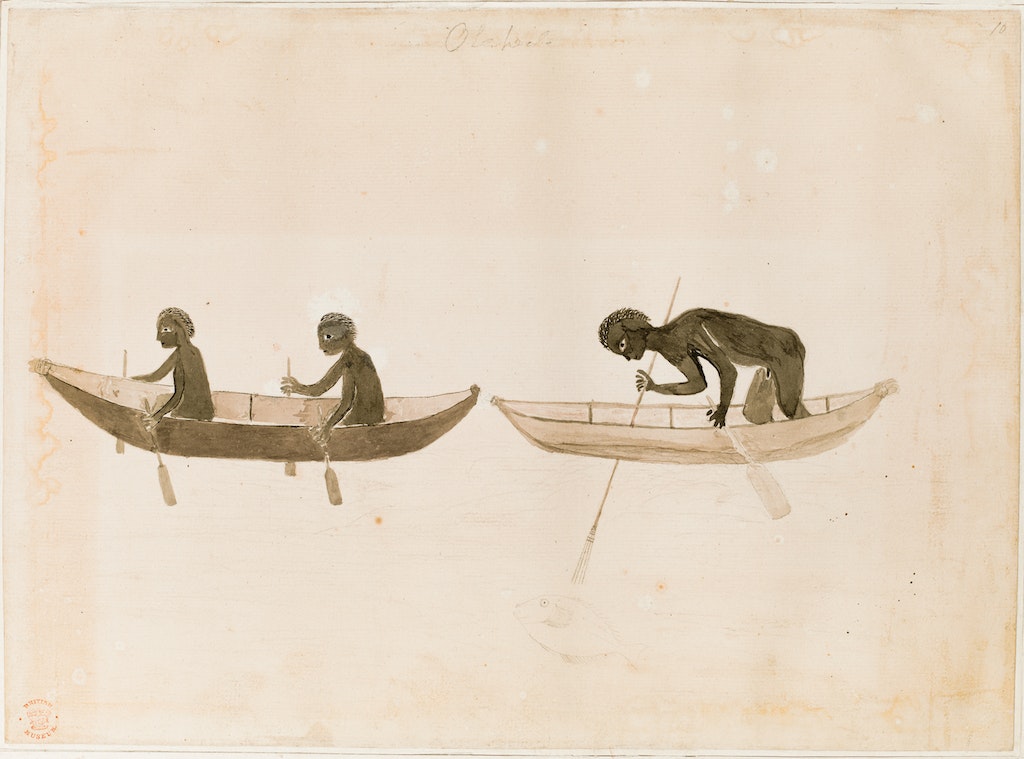 Only three years before the bicentenary the nation regularised the citizenship of its original inhabitants. Following a popular amendment of the constitution in 1967 (i.e. by referendum), the Federal Government began including them in the national census. They also won the right to vote. These were monumental steps. But after nearly 200 years of near absolute negation, they were only the first but essential acts of necessary recognition.

In 1970, long-term changes were afoot across society, the country and indeed, the world. History was on a long arc. Broad sections of the Australian public, led by politically active students, were forcefully and effectively venting their amply indignant rage toward stopping the Vietnam War effort and tours of apartheid-era sports teams from South Africa. Yet, similar groups failed to apply the same levels of productive rage toward pressing and fundamental issues, much closer to home.

Following his banning of the South African cricket tour in 1971, chairman of the Australian Cricket Board, Sir Donald Bradman maintained respectful contact with the co-chair of the Stop the Tours campaign, Meredith Burgmann—later president of the New South Wales Legislative Council (1999-2007). Years later Burgmann recalled that Bradman in 1972, reminded her with rare simple comprehension, "...your university education had been made possible because your forebears and mine plundered this country, murdered Aborigines... and took over the land".

Cook's arrival at Botany Bay 1770 heralded two centuries of multiple, shifting and repeated traumas heaped upon the continent's original inhabitants. The essential recognition of their citizenship in 1967, could not possibly overcome generations of destructive damage; wrought through long-term systematic dispossessions, violence, murder, disease, social dislocations and multiple banishments. The many acts and actions that resulted in the near annihilation of the original inhabitants were made crueler through ongoing official and communal deafness.

The necessary recognition in 1967, may have been the essential first step in a mammoth journey of national self-understanding. But any benefits flowing from apologies, gestures of reconciliation or additional government spending, must remain stunted till all Australians better comprehend just how and why the colonisers and settlers (including the transportees) set about claiming and establishing the modern nation.

Peter FitzSimons feeling that we " are not sure as a people what to make of it all [Cook's landing]", suggests that Australians today, are hearing a lot more than they did in 1970. As a result, we are now uncertain about how to respond. But that's not surprising either, given the scope of mammoth journey. And while the trajectory is now set, it will be some time before the shape of a revised, broadly comprehended and agreed national story finally settles. Only a handful of nations have made similar journeys.